The Bachelorette: Breaking Down the Micropeens


A chick I know recently had her heart ripped out, stepped all over and thrown against a refrigerator. In the months since her ex-boyf broke up with her, she has contemplated sui, experimented with essential oils and downloaded various sex apps on her telephone.

She now has three rules when it comes to dating:

1. No cats
2. No Samsung Galaxies
3. No micropenises

Sadly, the producers of The Bachelorette do not have the same set of standards. This season, they chose to cast the biggest bunch of bozos we've ever seen on this show (including one guy who wore a #vest).

So, even though the only thing I hate more than this TV show is this blog, I figured I'd rank these new contestants based on the size of their micro peens. Because if there's one thing in this world I know about, it's other men's dicks.

Let's rank them from macro to micro, starting with:


I don't care how many brothers Josiah had to cut down from trees, nothing can be more traumatizing than growing up with the name Fred. What an amazing, hilarious thing to call a person. Dogs are named Fred. Car mechanics are named Fred. Fred Flintstone is named Fred. I can guarantee that Fred has a huge, huge dick. I know this because he is black.


Three hundred years of persecution. Thousands upon thousands of dope dance moves. And six full seasons of Martin. Yet, all it took was 20 minutes of this show to shatter my lifelong belief that black people are naturally cool.

The guy who kept licking his lips? Nope. Could not handle him. The grown man who calls himself Diggy? Stop it. I liked Larry the wrestler. And the dude who constantly talked shit. But even Josiah -- and yes, very sad, very very sad about Josiah -- but dude, you don't need to tell us your whole life story on day one. Save a little something for next week. Save a little something for when you're about to be sent home. And after all that, after that judge gave you a second chance and saved your life and steered you away from a life of crime... you went and became a lawyer?

My friend Kenny Rosenbaum is a lawyer. There's nothing special about being a lawyer. Lawyers wear shirts, with buttons, and go to work and be boring. I thought Josiah was gonna say that he went on to do something that actually mattered. Like started a nonprofit for the homeless. Or resurrected the civil rights movement. Or played small forward for the Pistons. But no, he's just another stiff who wears slacks. Nice guy though. As is Kenny Rosenbaum. If you're reading this Kenny, hi Kenny.


This dog definitely has a dog dick. I can tell because he is a dog.


I'm sorry, anyone who has the confidence to wear a double-breasted fireman suit must be packing heat. Because I have never, not once, not ever ever ever, met a cool fireman. I know that people think they exist. I've seen the shirtless calendars. I remember after 9/11 when the NYFD guys were going on Ellen's show and being all brave and stuff. But firemen, EMTs, dudes who are into anime, bloggers: all 100%, USA-grade, certifiable micropeens.


I appreciate this guy going on national television and taking his tongue and touching it against a black woman's tongue, but anyone who acts that aggressively must be overcompensating for something. This man is nothing special. Also, when kisses Rachel on the cheek he makes a stupid "mwah" sound and my wife can't stand when people do that and I support her in every way possible so I officially LOATHE him.


Somehow, this dude was more embarrassing than the Whablam guy.

Quick side note: You can totally tell when I've had enough of writing this stuff, because it just becomes one-line answer-city. Let it be known, you are now entering one-line-answer city.

Another side note: Update on my boner potion that I'm taking. For those of you who didn't read my last post, my friend Guitar Jr. recently sent me some boner potion that is supposed to be "The Viagra of the Amazon." I am currently on Day 4 of taking the potion (three times a day) and I miiiiiiiiight be starting to feel the effects. Not that I'm walking around all day with a full-fledged jackhammer, but I did wake up this morning harder than Chinese arithmetic. So I've got that goin' for me.


Clearly this guy is on the spectsh, right?

I am not a violent person (mainly because I have zero muscle tone on my body), but if a grown man were to ever have me close my eyes, stick my hands out and then tickle my rib cage, I would slug him in the face with a stapler. This man is certifiable. 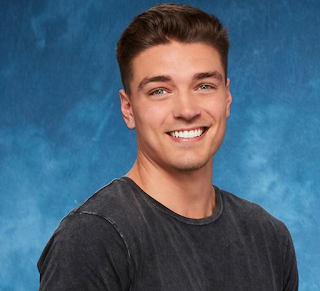 Yo. Fuck this guy.

This song, entitled "Coffee," is a certified banger. When I played it for my friend, Hart (and keep in mind, the hook goes "black coffee no sugar no cream black coffee no sugar no cream"), he thought it was actually about coffee. Turns out it's not. Take a listen and see if you can find the deeper meaning. Hint: It's about having sex with a black man.

See you next week.