My Wife and I Hung Out with Black People Last Saturday

But those days are long gone. Now, the only black people I come in contact with are two semi-black people I work with (they both have health insurance) and the brothers who sell mix CDs on the corner of Broad and Chestnut. My life has never been so boring. I literally watch Antiques Roadshow every Thursday. But last Saturday, on a night normally reserved for sweatpants, I put on my dopest outfit because my wife's workmate (who is like, legit black, like she lives in North Philly and everything) invited us to her 40th birthday party at a Center City bar.

Now, what you need to understand is, we were the only whities invited. Like, the ONLY ones. And this was fine, because black people literally don't give a shit about anything, but it still helped when Sandra (the woman whose birthday it was) came over and gave us big ole hugs when we got there. She at least made us feel like we sort of belonged. For the first five minutes of the party, my wife and I just stood around and tried not to be annoying (while I stuffed my face with meatballs) until my wife excused herself so she could use the bathroom. I figured instead of pretending to scroll through my Instagram feed, I might as well approach the beautiful nubian princess standing at the bar. Because that's what life is all about, isn't it?


My opening line was fucking terrible. Just terrible. I mumbled something weird about wanting to go through her purse (it was resting on the bar) and she played along nicely, saying I wouldn't find much in it if I did, but I quickly realized that I was losing her. Then she ordered a club soda from the bartender, and I noticed a little baby bump on her bell, so I figured I'd go for it.

"Are you expecting?" I asked.

"How far along are you?"

"Six and a half months."

And that's when Tamika lost it. Tamika (that was her name, the black woman's name was Tamika) started cracking up and turned to her friend next to her and goes, "Oh no he said 'Oh snaps.'" Not what I said. I would never say, "Oh snaps," but whatever. I had ingratiated myself among them.

Tamika and I kept talking for a few minutes (about pregnancy, her husband, and why I thought Miles was a much better name than Bacari), but then when I went to take a sip of my drink I somehow got my straw wedged in between my nose and my glasses. I don't even know how that's possible, to get a plastic straw jammed against your face, but there I was, talking to a beautiful black (pregnant) woman for like eight seconds with a goddamn straw dangling off my face.

When I realized the straw was there, I quickly yanked it loose and said to Tamika, "Yo Tamika, did you see what I just did?" and she was like, "Yeah, but I didn't wanna say anything," and I was like, "YOU GOTTA TELL ME THAT SHIT, WOMAN. I'M WHITE!" and that's when Tamika and I became best friends forever.

Later, when I was talking to a lady who was recently voted one of the TOP 19 MOST STYLISH WOMEN IN PHILLY about my skateboarding giraffe hat (and whether or not I was cool enough to wear it), I knocked a full drink off the bar and spilled club soda everywhere. Then I apologized to a couple brothers wearin' sport-coats and asked "Did I get you?" and they said "Naw it's cool." My wife then yelled at me to clean it up so I got on my hands and knees to tried and soak up the mess with cocktail napkins while the Top 19 lady just stood there bouncing to that song "I Ain't Never Scared" by Bone Crusher.

And it was an absolutely fantastic evening.


You've probably already seen this -- it's been going around the internet for the past few days -- but here's a video of 38-year-old White Chocolate Jason Williams straight killin' it in an Orlando rec league. I highly recommend checking it out. Orrrrrr read this great interview with Parks n Rec writer Megan Amram about her new book, "Science... For Her!" Orrrrrrrrrrrrrrrr just look at this pic of a giraffe riding another giraffe. That's probably the better move. 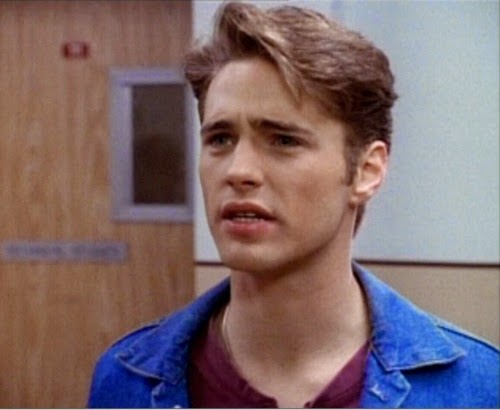 "Shut the fuck up Brandon no one cares."

"Calm down, Andrea. No one cares."

"Oh my god why is David doing that? What's wrong with him?"

"Whatever Brandon stop being such a fat fuck!"

"He didn't just say that did he say that Jesus Christ."

"Their phone sure does ring a lot."

"Why the fuck is Brandon such a tight-ass fuck?"

"Give her a break, Brandon! You're such a fuck!"

"Where did Brandon meet this bitch?"

"Did she just say 'I'll always remember you as the guy who gave me my first burrito?'"