The Bachelorette is Racist as a Muhgg


Last night, Bachelorette Andi Dorfberg sent home the black guy because she’s a racist ass bitch. The black guy she sent home, The Black Guy, was by far the only tolerable human being on this show – he was funny, well-dressed, a good dancer, he liked cookies -- and now that I think about it, that describes pretty much every black person ever. And yet Dorf still sent him home.

This came as a shock to absolutely no one considering Dorf has proven herself time and time again to be the type of person who has no idea how fun it is to have sex with a black guy. Of the seven dudes left on the show (I have no idea how many dudes are left, I’m just saying seven because honestly who gives a shit), one guy wears colored pants, one guy likes mashed potatoes and one guy claims that where he comes from, you NEVER mock a man for being thankful.

WHAT DOES THAT EVEN MEAN?


And yet they're all still there, poppin' around the world like Mary Ping Pong Poppins, while fighting for the love of a white lady. The Black Guy has no idea how lucky he really is.

If you asked this world famous up-and-coming television blogger who also has a weekly sports column on a very popular Philadelphia website and over 1,000 (yep, that's One Thou-zand) Twitter followers, I’d choose The Black Guy to be the next Bach. But unfortunately, Chris Harrison and the rest of the white people running ABC would never let that happen because all they're concerned with is chugging grade-A certified cockkkkkkkkkkk.

This show fucking sucks like thirteen butts this year. I'm starting to think maybe it has always sucked butt. And that one guy JJ might seriously be retarded.


Thank you for visiting my blog I truly appreciate it.

This New A1® Steak Sauce Commercial is NOT Horrible

I work in advertising (REALLY, EV? NO ONE GIVES A SHIT), and time and time again, companies like to play it safe and put out lame ass TV spots. But not my homies over at A1® Steak Sauce. Those muthafuckaz are renegades. Check out their new Facebook jawn, launching a rebrand that will OBLITERATE EVERYTHING WE KNOW ABOUT STEAK SAUCE.


Every day at lunchtime, my stupid co-workers from my stupid office gather at the lunch table to talk about their stupid, lunch-filled lives. Each person sits with their phone flat down in front of them, periodically swabbing the screen and punching in their SECRET CODE to see if anyone's reached out to them. Some people bring their own salad dressing. Everyone sucks their own butt. To be honest they're all very nice and personable. I consider some to be very dear friends.

But I've never understood why someone would want to spend their only free hour of their miserable day in the same place that causes so much of that misery. The world around us -- specifically Center City Philadelphia, where my office is located -- is a RIDICULOUS place. This morning a homeless guy yelled at me to "go take a shit!" Last week the same guy told me my name was Larry. How could I not want to be a part of that? The City of Brotherly Lurve!

That's why I always go out for lunch. And this past Monday afternoon, I found the perfect spot to stuff my fat face with a turkey sandwich -- on a shady bench in Rittenhouse Park. I was amazed I found a seat. Right in the shade. All to myself. Directly across from a chick sunning herself. She had on one of those ridiculous bikini bottoms that ties on the sides, and her skin looked like it had never given birth to a baby. Unfortunately, she was flanked by two (2) dudes with their shirts off, both ripped and tattooed, but their backs were facing me and they had no way of catching me staring. So as my mouth watered and my sweat glands kicked in, I shoved clumps of dry, cold turkey into my warm, wet mouth.

It was marvelous. Absolutely marvelous. But then just as I got my mouth-breathing under control, a 4-year-old shithead came by and started throwing Chex Mix at pigeons.

I'm fine with feeding birds. I think they're hilarious. But this kid was feeding them RIGHT in front of me. Like, two feet in front, and he was throwing the Chex Mix directly where everyone was walking. And he was throwing so much Chex Mix. Not just like a sprinkling here and a dash there. Full handfuls, chucking it wherever he could. People were walking by just trampling over it. One guy smashed a pile with his wheelchair.

At first, there were only around two or three pigeons grippin' down. Then four. Then five. To the point where I fully expected to see the entire cast of Winged Migration before the hour was up. But the kid just kept feeding 'em. And feeding 'em! And feeding em!!!

Eventually, he started bending down, holding the food in the palm of his hand and trying to serve any pigeon within arm's reach. It was sort of adorable -- and I could totally see his little buttcrack peepin' out the top of his shorts -- but the pigeons weren't having it. They just kept ignoring the kid, and pecking away at the stuff on the ground, because pigeons are smarter than they appear. The kid wasn't.

Frustrated, he then started to throw the Chex Mix directly at the birds. Not around them. At them. At their measly, little heads. One bird (who was just trying to enjoy his goddamn lunch) kept getting pelted in the neck with crackers. He didn't seem to mind, but I had to step up and say something, on behalf of the entire animal kingdom.

"Dude, you're just nailing them in the head," I said to the kid, whose name wasn't Pedro, but might as well have been. He looked at me blankly. Then went back to the feeding. I laughed and threw my arms up in the air. Luckily, Pedro was running out of ammunition.

Meanwhile, the sunbathing beaut was joined by a FRIEND -- a slightly less attractive friend, but still a friend, with a body and a pulse and that's really all you need -- who then proceeded to slide her shorts down off of her butt, revealing an even SLIMMER bikini than the first chick's. Then she lifted her top over her head in that way that only women do, with both arms criss-crossing upward, until the shirt was off and her head popped out like a synchronized swimmer. I dropped a tomato on the ground. Pedro was oblivious.

He was also out of Chex Mix. But that didn't matter, because Pedro was now using an empty Zip-Loc bag to try and catch the pigeons. He was chasing them around, with the bag held above his head, lunging forward like Marion Butz in Madden '94... when you'd repeatedly press down on the speed burst to get a first down. Pedro caught nothing but air. I could essentially see one of the girl's buttholes.

I wish I had a better ending, but unfortunately I don't. Pedro and his family soon left. The girls just laid there like logs. I made my way back to my soul-crushing cubicle. But for that one short hour -- in a place far away from my computer -- I was reminded of what it's like to be alive.

The Bachelorette: Week 3 with Dorf 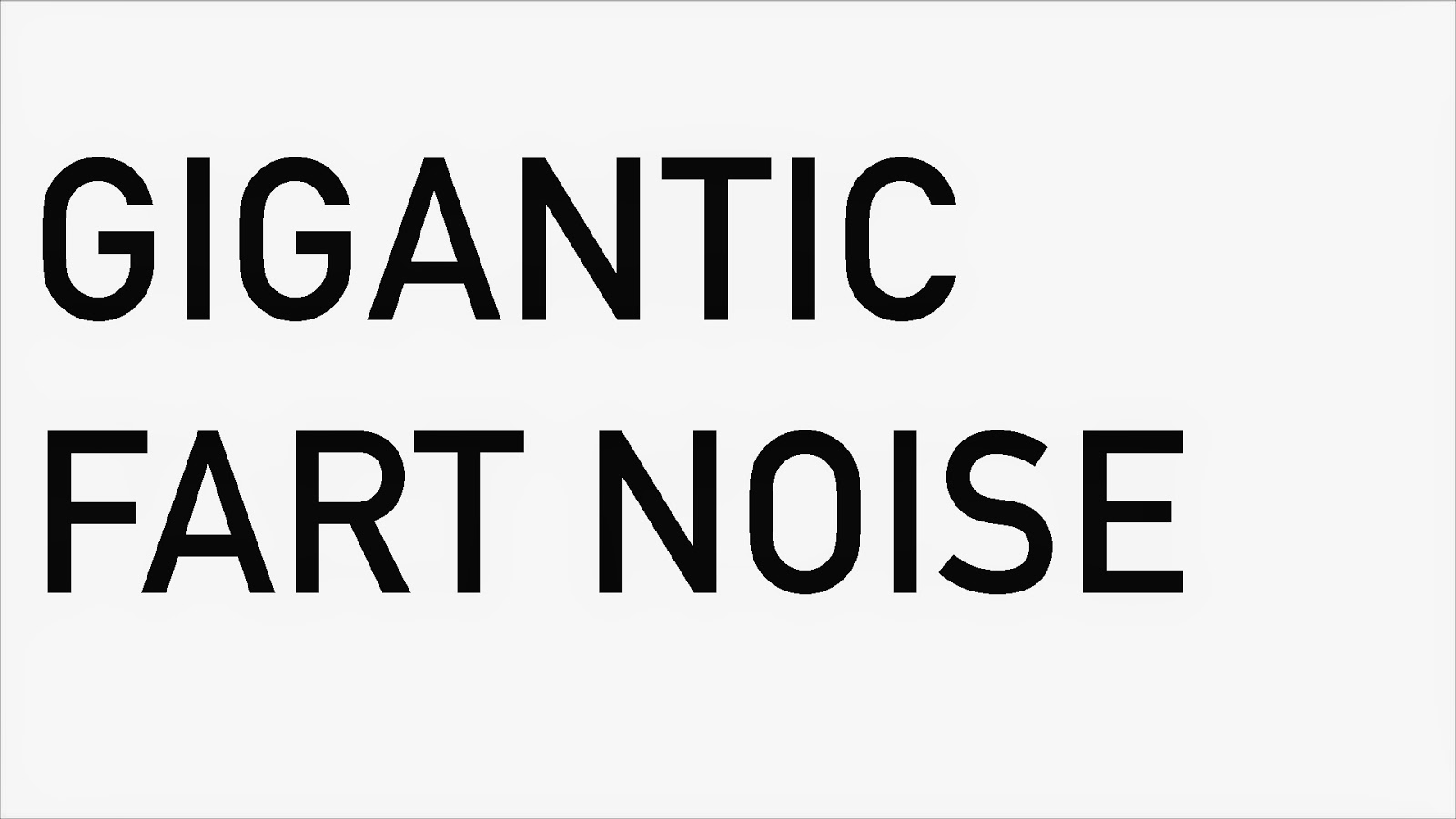 In Honour of Game of Frones: Here's da 4 Most Ridiculously Violent Scenes in Movie History


Last night on Game of Frones, a guy gouged out another man's eyeballs and then smashed his skull with his bare hands. SOUNDS LIKE AN EPISODE OF THE BACHELORETTE IF YA ASK ME LOL NO IT DOESN'T. Then another dude got his head split open by an axe. Then a guy's corpse was hung on a stick.

Whatever, it was all friggin' stupid -- although we did get to see that light-skinned lady clean her tits in a river, so that was pretty cool. In honor of how absurd everything is in this world, and the fact that I have to sit through two more hours of the Bachelorette tonight, I've embedded some clips below of The Top Four Most Ridiculously Violent Scenes in Movie History.

1. King Arthur hacking up the Black Knight in Monty Python and the Holy Grail.


3. The centerfielder in The Naked Gun bloopers scene popping his own head off while attempting to climb the outfield wall.