Before we talk about anything, before we talk about ANYTHING, we have to discuss Cody. The personal trainer. The guy who introduced himself to a national television audience by pushing a LIMOUSINE up the driveway. I don't even know what there is to say about him, but we HAVE TO talk about him. His dipsy-do haircut. His shoulder muscles. His TANK TOP POCKET TEE. Or how 'bout the fact that he's always super excited about everything! My wife actually likes him. Read that sentence again. Go ahead. Just move your eyes slightly back in this paragraph and just read it one more time. I'll wait. SHE ACTUALLY LIKES HIM. Thinks he has a certain "joie de vivre" that makes him fun to be around. And you know what? I AGREE. Personally, I want Cody to stick around for as long as possible. He's already my pick for the next Bach, hands dizzown. He's also the uncontested leader in the clubhouse of dudes who are most likely to tongue Andi's butthole. It's nice to see all of you again, too. It's been too long!

Other than Cody, whoooooooooooo caaaarrrrrrreeeeeesssssssszzzzzzzz? These other dudes are not even worth talking about. THAT'S. NOT. TRUE. There's Ron. Yep, RON. The light-skinned black dude who grew up in Israel AND Barbados. WHY WOULD HE MAKE THAT UP? Ron is a beverage salesman. He sells beverages. Then there's Tasos and his DIAMOND STUDDED MILLION DOLLAR CHING CHING SUPREME CHING CHING BABY CHING CHING EARRINGS I'M AN ADULT LOOK AT MY EARSIES. I'm sure ladies all over the country are going bonkers for Josh M -- the dreamboat, strong jawed former baseball player who from here on out will obviously be known as "Joshem". Hmmm, anyone else that I missed? OBVIOUSLY. THERE'S SO MANY MORE DUDES.

How 'bout these two ruffnecks aka Mississippi muffnecks who never made it out da gate:

The first dude, THE DOCTOR, actually said to Andi, upon first meeting her, on national television, he actually said, and I'm not making this up, "I think you're running a fever because you look hot."

NO ONE ACTUALLY SAID THAT.

NO ONE COULD POSSIBLY SAY THAT.

NOT GON' BE ABLE TO DYUH.

Dorf really shoulda sent him packin' right there. Shoulda just grabbed a baseball bat, slugged him in the face, and sent him on his way. Or that lamp. She coulda easily picked up that lamp -- HOW BOUT THAT LAMP -- and just blasted him. By the by, Lamp Guy bringing that lamp? By far the greatest move in Bachelorette history. The only other move that even came close to that was when Eric fell out of an airplane and died.

OH SHUT UP WHO CARES.

You gotta think that dying before these episodes aired was the greatest thing that could've happened to that guy. That being said, yes, it's sad that Eric died. And I understand that I'm not supposed to make fun of him. But he is TOO PERFECT and TOO BORING and there is literally nothing he can do about it. I'M SORRY, but Dorf needs a guy with MUSCLES who will tongue her butt whenever she damn well pleases!


Back to the Vidal Sassoon all stars. Wow. Camps. The guy up above on the right. He actually asked Dorf to call him "Camps." Shocked that she sent him home. Absolutely shocked.

Any other dudes we need to discuss? I guess there are some dudes who are all right. Marcus, the dude with chest hair, I like him okay. Only because of his chest hair, but I fully support anyone who's 100% MAMMAL. And how 'bout the fact that Dorf has been just THROWIN her pussy at him the whole time. You can't deny it. While he was strippin, she was just chucking it right in his face. During one-on-one time, straight slingin' it. Four-seamers. Off-speed stuff. Right in his wheelhouse. Good for her, though. Good for her. It's honestly the first good thing I've ever seen her do. Taking her vagina and throwing it at a man who she just met non television. I'm proud of you, Dorf. I really am.

Dorf's sister is proud of her too. She told her so in the beginning of the first ep. "I'm so proud of you, Andi. Putting yourself out there." Yeah. Forget about the fact that she graduated law school. Or finally got away from her weirdo controlling father. Let's be proud of the fact that she's 'bout to slurp and burp with POCKET TEE TANK TOPTINIS.

WHY ... I SAY WHY do you read this blog? It's almost like self mutilation at this point. Like I'm writing nothing but drivel and you're reading it and neither of us are getting anything out of it.

HEY DORF. GREAT TO MEET YOU. I SELL BEVERAGES.

By the by, Ron... excuse me... RON... after meeting Dorf for the first time and having small talk for no more than 15 seconds, said to her, "All right, I'm gonna head inside, grab a little drink." Oh really, Ron? Is that what you're gonna do? I thought for a sec you might take your moped for a spin down Larchmont Blvd or maybe get in a quick 9 before bedtime. All right, dude. I look forward to seeing you in there. Grab a little drink. I can't WAIT to hear your thoughts on Black Cherry Wishniak.

What else, what else, what else? Oh, yeah, Episode Two, when they all went to the strip club. Two (yep, 2, that's not a misprint) men wore winter hats on that date. Two men. Who are real. Winter hats. On their heads. IN LOS ANGELES. THAT'S IN CALIFORNIA. And how 'bout the guy who ran the strip club, Jean Ralphio Sr., explaining to the guys that "Firefighters are one of the most popular female sexual fantasies." That blew me away. I had no idea. I really didn't. When I asked my wife if that was true, she said, "No. Black dudes are."

Marquel. I obviously like him. Snazzy dresser. He better be good at basketball. And the black and white cookie bit he pulled in the premiere was pretty dope. Where the hell did he get those cookies though? Does he just always travel with cookies? I didn't see him pull any cookies out of the limo. AND THAT WAS A BIG TRAY OF COOKIES. What if he just loved cookies so much and always had to have an entire tray of cookies with him? Like, what if he was a totally normal guy, smart, fun to be around, decent sense of humor, but just wherever he went, he had to bring an entire tray of cookies. And was always offering them to Dorf. I once saw Cookie Monster eat his pencil while writing a letter to Santa Claus asking for cookies.


THIS IS THE WORLD WE LIVE IN, FOLKS.

OH WHAT A WONDERFUL WORLD IT IS.

DO YOU THINK YOU CAN GET THROUGH THIS WHOLE SEEZ?


Hey all you little chicken thighs and clam strips, the wife and I are off to the majestic peaks of Glacier National Mountain Lake Woods and Water Slidez. But when I get back, it's bing bong time as the new seez of da Bachelorette gets poppin' on Monday, May 19th.

For now, you'll just have to entertain yourselves. May I suggest watching a movie from the #Top69. Or checking out this link to Jason Williams' top ten plays of his career (IT'S BONK-BUH-BONK-BUH-BONK-BONK-BONKERS). Or just look at this moose being a moose.

All right, you know how this works:

People search for stuff on Google ... it brings them to TVMWW ... I share their searches with you ... we all laugh at how dumb the internet is. 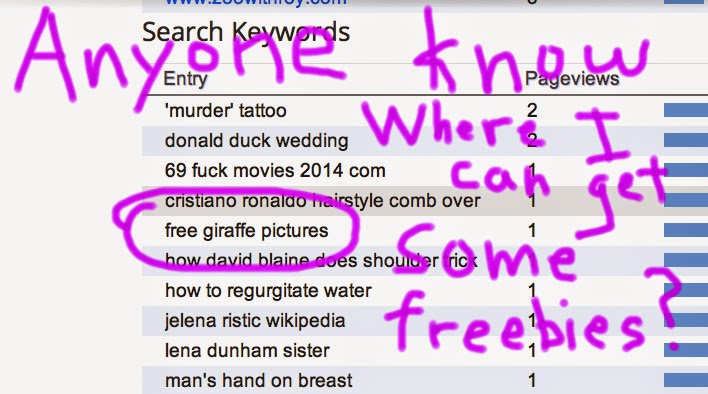 Lotta other really good ones up there ... man's hand on breast ... donald duck wedding ... 'murder' tattoo??? With murder in quotes!

"HEY FREDDY. CHECK OUT MY NEW TATTOO. IT'S OF A GUY GETTING MURDERED." 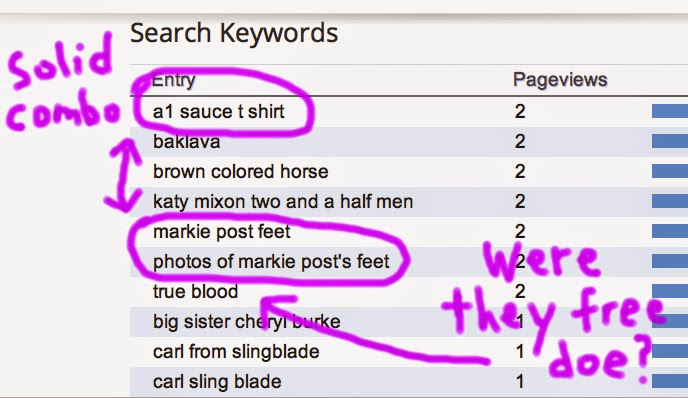 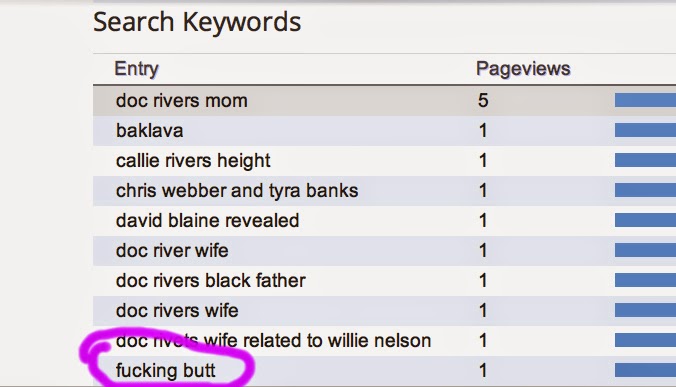 Baklava also making a steady appearance in these here #GoogSearches.

I honestly can't find them anywhere.