When did Robin Roberts become the most boring, cliché, cornball on the planet? Is that what happens when you beat cancer? You turn into a total sap? Roberts -- Monday night's guest judge, and a woman who seems to have lost ALL estrogen from her body, and no I'm not entirely sure what estrogen is -- praised every single solitary performer during the show. "Ohhhh, that was just special. Thank you for bringing such joy into the hearts of so many." THAT'S NOT WHAT HAPPENS WHEN YOU WATCH THIS SHOW, ROBIN. Yes, it's fun. And yes, it's riveting to watch C-list celebrities try to revive their cancer-filled careers, but I've never been so moved during these performances so as to feel any kind of legitimate, heartfelt human emotion. Omg that's not even true. Sometimes these dances are super emotional. Especially when that lady with no legs dances. She's has no legs! And her fake ones could literally fly off at any moment. I don't understand why this isn't the lead story on Anderson Cooper every night. 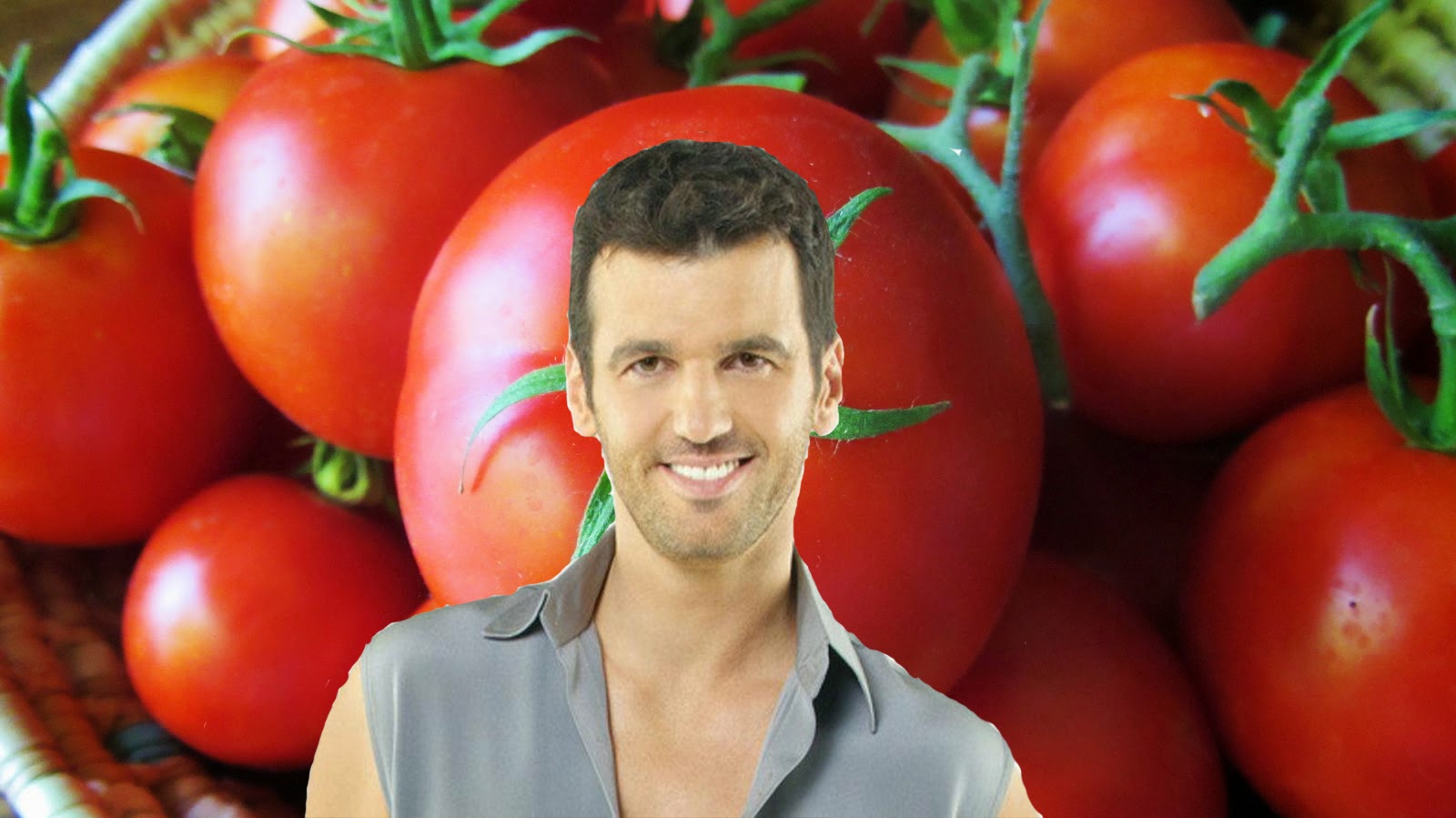 This Week in the Life of Tony the Tomato Salesman

Wooooooooo, Dusty! The show's corniest dance instructor has been RE-NENE-LIZED by our big, voluptuous, nubian queen. I would've thought only Maks could handle a woman like Neens, but did you see the way Tony put her big ole size 13s up on his shoulders? THAT'S SOME TOMATO-LOVIN SHIT. Anytime a woman has her feet up on a dude's shoulders, good things are gonna happen. And that's just a fact. A medical fact.


Candace Cams vs. Winnie Coops -- Round 3


Full House sucked right? I'm not wrong when I say that Full House sucked really, really hard. And yet when I mentioned this to my wife Monday night, she responded by saying, "It didn't suck that hard. I mean, I watched it." So I have to divorce her now, right? Like I need to pack up my stuff, figure out who gets to keep the toaster and get the hell outta there. I honestly don't know what else I can do. Uncle Joey can suck a thousand d's.

By the way, Honey, if you are reading this: I'M JUST YOKING. I do not really want to divorce you. I'm just showing off for my friends and would be nothing without you. I promise you, all of the laundry will be folded by the time you get home tonight and I will give you the best foot massage of your life and not complain ONCE about the cramps in my thumb. I will also watch Full House with you whenever you want. And I would understand if you wanna divorce me. Please don't divorce me. I am seriously nothing without you. NOTH. ING. I also figured out this morning where you've been keeping our secret stash of money and I think it's rude that you have to hide it from me but also totes understand 'cuz I wanna spend it all on pizza seriously let's get like 12 pizzas tonight just you and me we can feed it to each oths and also jalepeno popperz thx.

Anyway this round clearly goes to Winnie Coops that lady is on FYE-URR.

Every week, I talk about one part of this show that I cannot handle as well as something in real life that I can't even COME CLOSE to handling. This week: Cody Simpson, and when people sit on the outside seat of the subway and leave the inside jawn empty.

Cody Simps is too much. His hair, his facial expressions, his little pop, lock it, drop it moves. And how about the fact that he chose own song to dance to, Surfboard? SIMMAH DOWN, BIG FELLA. By the way, I'm pretty sure that song is about his dick. Check out the lyrics:

She caught up in that new California love
I’m the kid from out of town, tryna get me some
I asked her how her night's been
She says let’s go for a night swim
And you know what she meant

That's about his fucking dick!

Also, check this out: Is it me or does Cody kinda sorta look EXACTLY like that dude from Spiderman and the Facebook movie?


And I also figured out who Gregg Leakes looks like:


Speaking of Bill Cartwright, the subway was fucking jammed this morning, and I was forced to press my face up against the glass like I was outside the goddamn Today Show. But then I saw this dude just chillin' in an outside seat, with an empty one right inside of  him. And it wasn't like he had a giant bag on the seat or anything (another, slightly less dickier move), he was just leaving it vacant, and no one bothered to ask him to either slide in or get up and let them slide in. So I weaseled my way past like 15 people and felt like 15 dicks press against me, and I got to him and was like, "Yo, can I sit there?" and he gives me this look like he don't know I'm the illest blogger in the game, and then finally gets up and lets out a big groan and then I sat down and immediately farted.

All right folks, let's check in with Mr. Froggington to hear his thoughts on who's the current frontrunner to bring home the Mirror Ball trophy.

Mr. Froggington: Okay, before we get started, I just wanted to make something clear: I am a frog, I live in a pond, I don't own a TV, and I'm not entirely sure what is even going on here. Regardless, after this week, it seems like Meryl may have some actual competish. Winnie Cooper was excellent. Great lines. Smooth butt. And that handsome man with the hairless chest seemed like he could make some noise, too. Oh who am I kidding? Meryl's got this thing wrapped up. She had a very hot mome with Maks. That was honestly a really hot mome. I'm a frog.

I actually tweeted using #DWTS that I want to see Nene and Maks dance together next week.

See ya next week!


I've got a new favorite podcast (even though it's not new) that you should totally check out: The Champs with Neal Brennan (that's Dave Chappelle's boy who helped create and write Chappelle's Show) and Moshe Kasher (just some white dude) and the two of them (both whities) only interview black people. This week they had Hannibal Buress on. Last week they had this dude who writes for the Daily Show who was originally from Compton and played ball at Long Beach State. Omg who cares here's a dog.