The #DWTS and Game of Frones Smokehouse Mountain Shakedown!


I'm feeling a little sensitive today, so bear with me.

So this morning I was walking around downtown on my way to physical therapy (whatever, I screwed up my back and my entire torso is twisted and it's so stupid and so painful but no one cares about your sorrow Ev just get on with it) and I was taking my sweet time because I was nice and early so I decided to duck into a café for a cup of coff and a chocolate CROI-SAUNT. And while I was in there, this dog -- his name was Major -- started sniffing my leg and I go, "What's up doggie?" and then the owner pulled him away and that made me sad, but it was still cool to see a dog in a dining establishment.

After I paid for my stuff, I just kinda walked around the neighb and there was a light drizzle falling, really more of a mist, and it felt really nice on my head and all was good in the world. And this thing is, this world is so stupid. There's so many dumb things out there like flip flop tans and wheat bread and homelessness and ostriches, but there's also a bunch of really nice things too, like the mome I was having on my morning walk. And TV... TV is no different. God these shows are so stupid. Dancing With the Stars and those dumb people twirling around and fake smiling for the camera, and Game of Frones with these stupid dragons I mean what kind of lady gives birth to dragons and then sits on a rock and pets them and what is up with Sansa being SO DEPRESSED ALL THE TIME it's like your family's dead, lady, get over it! But still, they're fun. And entertaining. And as dumb as the Smoke Fire Lady is as annoying as Drew Carey seems, it's still fun to live in a world where we can sit on our stupid couches and soak it all in. And it's even more fun when you check in here every week to read about all these stupid television shows with me. So thank you, everybody. Thanks for reading my stupid blog. Maybe one day we can all meet up in a chat room and hardcore cyber.

This Week in the Life of Tony the Tomato Salesman

Gotta be honest, I only caught bits and pieces of Dancing With the Stars Monday night (THE GODDAMN NATIONAL CHAMPIONSHIP GAME WAS ON), but I did flip over to see Tony sneaking around like a little pervert checking in on Nene and Derek. Poor Tony, for the first time ever he's looking good and paired up with a hot, non-white woman and he's forced to sit back and watch CHISEL CHEST DEREK get a turn with his partner. Luckily, Derek choreographed a REALLY shitty number -- and kind of racist, right? all that tribal dancing and shit? that was totally racist! Well, hopefully all the stupid white people who watch this show won't vote Nene off and we'll get to see her grind her butt against Tony again next week. Also I can't believe that fucking dude doesn't sell tomatoes.

Winnie Coops vs. Candace Cameron vs. Sansa -- Round 3


Clearly Candace Cameron is at the bottom of this list DESPITE the fact that Sansa is a miserable, depressed, doorknob of a woman. (SHE'S LIKE 15, EV!) Whatever. Nothing is more of a turn-off than loving Jesus. I guess AIDS and/or not knowing how to put your pussy on a platter is a turn-off too, but then again I have no idea what I'm talking about.

Winnie Coops is a blatant smoke dog who gives off the classic girl-next-door vibe combined with the modern "I'm in my late 30's and am finally ready to crank off a mailman" vibe.

Every week, I talk about one part of this show that I cannot handle as well as something in real life that I can't even COME CLOSE to handling. This week: when TV shows SWITCH ACTORS in the middle of a series and really flimsy plasticwear.

Continuing in the tradition stupid Hollywood switcharoos -- shout out to the mom on Fresh Prince of Bel Air and the two Beckys from Roseanne -- Game of Frones switched actors with two TOTALLY different looking people this week. I don't know what this character's name is -- it's the dude who's now trying to bang the Dragon Lady -- but the new guy doesn't even look close to the old guy!


I mean, I get whey they got rid of that first guy (DORF ALERT) -- and frankly the new guy is way better looking -- so in conclusion I have no idea why I'm upset that they made the switch. This seems like a no brainer.

Am I right Beckys from Roseanne?


Also, check out what Becky looks like these days!

No one likes you! 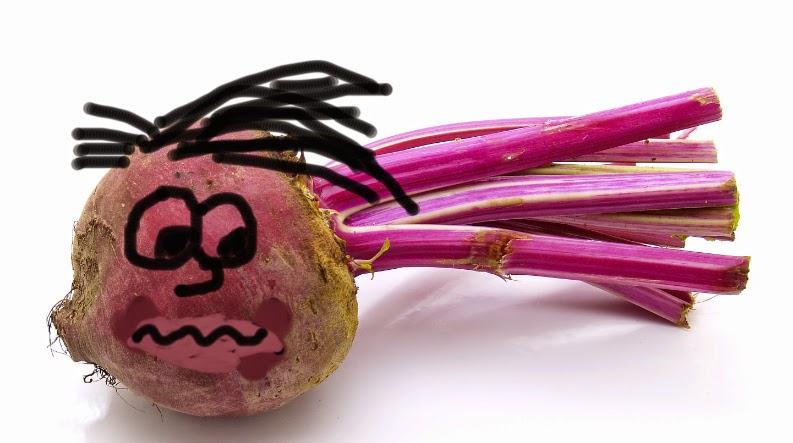 Time to check in with Mr. Froggington and hear his thoughts on who's the current frontrunner to bring home the Mirror Ball trophy.

Mr. Froggington: Thanks, Evster. Before I begin, quick bit of housekeeping to go over. I am a frog. I do not own, nor have I ever owned a television. I don't even own socks. And yet, here I am to talk Dancing With the Stars with all of you. Here goes: Meryl has this thing LOCKED DA FROG UP. How is it possible that they let an OLYMPIC GOLD MEDALIST who medaled in ice DANCING into this competish? Her performance with the other Chmerkobvssskie this week was incredible. She honestly looked even better than her Chrmmerkkobvskskie. But hey, Chmerkobvskiy's gonna chmerkovsk, right? I dunno. I have no idea.

After that last scene in Game of Frones, when the Hound and Arya fucked those dudes up at that tavern, how badly did you want to eat some chicken? I got so hungry and such a craving for some gd chicken I couldn't handle it. Is there any food that is more consistently dope than a roasted chicken?

When my wife got her wisdom teeth out a few years ago, she took two VERY POWERFUL narcotics and demanded that I stop on the way home to get some chicken. We got wings, and the second we got home, she passed out in a chair. Eventually when she woke up, she wobbled over to the counter, put her elbows down to gather her balance, grabbed a cold chicken wing and ripped into that jawn like her name was Khal Drogo. Then she looked up at me, eyes glossier than a tub of vaseline, and said, "I'm eating chicken."

I have no idea if that story translates well to this medium, but it was really hilarious in person.

See ya next week, everybody.

I'm so tired of so many things.

PS I have no idea who got voted off this week. Can somebody PLEASE tell me?!?!?!

Email ThisBlogThis!Share to TwitterShare to FacebookShare to Pinterest
Labels: Dancing With The Stars, DWTS Smokehouse Mountain Shakedown, Game of Frones