The Top 5 Things Worth Discussing About the Miss Universe Pageant


Pretty much the same thing happens every year during the Miss Universe pagj: a bunch of skinny chicks walk around showing off their super white teeth while I feverishly scan orbitz.com for the cheapest flights to Bulgaria. My favorite ladies are always from the cocaine-laden countries: Bolivia, Colombia, Nicaragua, as well as any woman (or cow) representing the glorious nation of Kazakhstan. This year, Miss Venezuela won the crown even though her breasts weren't nearly as big as Miss Brazil's. Still, it was an extremely enjoyable event to watch, mostly because I did so while hopped-up on narcotics.

Here's some other stuff worth discussing:

The Super Good-looking Male Host was a Total Bozo


I didn't catch the fella's name -- Todd, or Michael, or Glarv or something -- but after introducing the opening act, Glarv gave a special shout out to the people of the Phillipines who were devastated by Typhoon Haiyan:

"Before we start, I'd just like to dedicate the show to our good friends in the Philippines as they're currently experiencing some really terrible weather."

Now let's send it over to our Filipino weatherman, Chieko Pagiou, for the five-day forecast. Chieko?

"Thanks, Chip. Some really terrible weather coming through this weekend, winds coming in from the Southeast at 4 billion miles per hour. Look for some houses to be obliterated and maybe even our entire country to be wiped off the map. Tomorrow, more of the same, with bodies piling up and people freaking the fuck out. By Monday and Tuesday we can expect some rays of sunshine though, which should help us find some of the missing children. Wednesday and Thursday should be back to a miserable shit show, with a light rain and everyone in the Western Hemisphere forgetting about us. Back to you, Chip."

"Prolly shouldn't take the boat out then, ey Chieko?"

"Not unless you want to help us find floating bodies."

"Hahahahaha. No way. Not me. Never. Never. Now let's send it over to Jennifer Villagas for her investigative report on Imelda Marcos and her freshly shaved butt. Jennifer?"

Apparently There is a Country Called "Mauritius"?

It's true. Mauritius is an island nation located in the Indian Ocean, about 1,200 miles off the coast of Africa. It's also the (former) home of the Dodo bird. Don't ever say TVMWW never taught you nothin!

I don't know what the fuck is going on in this world.


This guy is unbelievable. According to Wikipeeds, Philip is a total lunatic who has had numerous brushes with the law and really, seriously combs his hair like that. Here is my favorite nugget of information that I found out about him:

On December 4, 2010, Kirkorov allegedly slapped a female assistant because he was unhappy with the lighting at a concert venue. The woman, later identified as Marina Yablokova, threatened to sue Kirkorov. As a result, Kirkorov fled to Israel and had himself entered into a psychiatric hospital. On December 7, 2010, the singer publicly admitted that he had psychological problems.

Unfortunately, Philip was mostly silent during the pageant, but did get to ask Miss Ecuador a question during the final round. He asked her, "Do you think this world be able to survive without the internet?"

Instead of being like, "Yeah, dude, are you fucking kidding me? We survived for like 50,000 years without the internet. It's not like it's fucking food or water," Miss Ecuador spewed some bullshit like, "Computers unfortunately take away from valuable family time and should only be used for positive influence." After that, I eliminated Miss Ecuador from my top 5 (and then realized that none of the other contestants' tits even came close to hers, so I put her back in the mix). 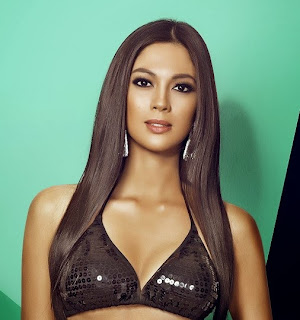 Her hair was really, really, really clean. And while her boobs weren't nearly as big as Miss Ecuador's, I genuinely liked her and thought she was beautiful.

Yo, last week marked the 20th anniversary of Wu Tang's debut album, Enter the Wu Tang (36 Chambers). Here's an interview of RZA courtesy of Grantland where he talks about their new album and how he's having a hard time getting Raekwon and the GZA to commit time and energy to the project. Also, here's a cool oral history from Spin magazine about what it was like to put the first album together. Also also, here's a link to the dumbest Twitter account in the history of Twitter and one that you should absolutely be following, no ifs, ands or butts.