On warm, brisk Saturday afternoons -- wait, can an afternoon be both warm and brisk? It sorta can, right? I mean, sunny and brisk. It can definitely be sunny and brisk. Or sunny with a chill in the air. That's all I meant. You know what I meant. I was just trying to describe one of those slightly chilly, yet sunny and amazing fall afternoons where you put on your favorite hoodie and grab a cup of coff and WHY AM I STILL EXPLAINING MYSELF? On days like that there are a few acceptable ways for a person to spend his or her fall afternoon:

1. Rake leaves and throw your back out
2. Kill yourself
3. Go apple picking

If you're a white person, then I'm guessing that you're already quite familiar with apple picking and everything that goes along with it, so you can skip the next paragraph.

If you're a person of color, THANK YOU FOR READING. I long for your people's acceptance and companionship. Back in the day, I used to play basketball and smoke blunts and watch pay-per-view boxing matches with you, but now as an aging, married white person, my life consists of nothing but going to dinner parties and lying on my blog about going to dinner parties. So "what the hell is apple picking" you may ask. Well, basically, there are a bunch of orchards all over the country that open up their farms during the autumn months and let you pick fresh apples right off their trees. It's not really that exciting, but it's a fine way to spend a day out in the country, away from your stupid neighbors and their annoying children who think it's cute to write "Princess Evan's Parking Spot" in your driveway when you've told them time and time again that you are not a princess! If you're not a big fan of apples or don't know anyone who will bake an apple pie for you, I can see how this wouldn't sound too exciting, but there are actually many things about apple picking that make it a worthwhile fall activity.

Last week, I secretly bought six creme-filled donuts from some Amish lady at a farmers' market and was scared to bring them home for fear that my wife would divorce me. In this day and age, it is COMPLETELY AND TOTALLY UNACCEPTABLE to purchase, eat, or simply bring that many donuts inside your house. Instead, I kept them under my desk at work for secret snacking. But after we went apple picking, my wife was totally fine with me buying EIGHTEEN apple cider donuts. For some reason, apple cider donuts are a totally acceptable form of donut. No idea why. Maybe it's because it simply has the word apple in it? Or because it's made on a farm? Either way, this is something that you NEED to take advantage of. Also, have you noticed that Amish people totally have cellphones these days? How is this possible? I thought they were anti-electricity. Can someone please explain this to me? (Rhetorical questch. Don't bother explaining it to me because I'm not going to pay attention.)

Roll down the windows, smell the sweet country air and get ready to see some cows! Apple orchards are always located near cows. I saw like 12 cows last weekend which was way more cows that I'd seen in a long time. When's the last time you saw 12 cows? EXACTLY.

3. You Get to Climb Ladders

At most orchards -- at least the dope ones -- there are a bunch of ladders sprinkled around the farm so you can climb up and reach the apples at the very tops of trees. Now normally I am against climbing, or any activity that involves having to do anything, but it is exhilarating to climb up a wooden death trap in order to rip fruit from a tree. Also, great angles of women's boobs from up there. I saw one Peruvian lady who HAD TO BE a milkmaid. Had to be.


4. Eat Stuff While You Do Stuff

It's incredible, at orchards they let you just rip the apples off the tree and then sample them right then and there. No stigma attached like trying an olive at the supermarket. No nervousness like at the salad bar when someone might see you eat a cherry tomato without weighing your salad first. Just rip it off, shove it in your mouth, and taste the deliciousness of nature. Or throw your apple at a snotnosed kid. Which brings us to ...

There are so many little shitheads named Brayden and Blockton and Thayer running around these farms in their stupid soccer uniforms and shinguards that it'll make you thank the lord that you can't get your wife pregnant. I saw one kid who was just running around BLASTING the trees and causing all the apples to fall on the ground. His dad was just walking behind him, totally defeated, saying, "Thayben. Thayyyyyyben. Don't blast stuff. What did we tell you about blasting stuff?" and the kid just kept blasting everything in his path. Later I saw him crying because his dad wouldn't let him play on his iPad which made me happier than I've ever been in my whole entire life. Also his iPad cover had a picture of Spiderman on it which we all know is a telltale sign that one day he's going to work in a nail salon.

When you're all done picking, make sure to stop at the farm store and grab the biggest fucking jug of apple cider you can find. In fact, grab like 12 of them, because in just a few days you're gonna wish you bought more. That stuff is friggin' dynamite and way better than that Ziegler's shit you get at the supermarket (no disrespect to Ziggy Ziegler who I'm sure is a fine man with a giant cock, but fresh apple cider right from the farmer's tit is unstoppable).

Also make sure to pick up a bunch of little apple butters and jams and jellies that come in those cute little jars, that you'll never use, but will be super excited to have. I also bought a wooden spoon with a bunny on it, because I like bunnies (and frankly needed a wooden spoon).

7. It Beats an Afternoon at the Pottery Barn

Yo fuck that place.


***SPECIAL BONUS SECTION FOR ALL MY TRUE HUSTLAS OUT THERE***

Philadelphia folks, here is an Evster-approved itinerary for the ultimate apple picking excursion:

Not too big and commercial like some of the other shit shows around (I'm lookin' at you, Linvilla). A perfectly nice spot with good apples, good donuts and wooden bunny spoons.

A throwback joint with dope sandwiches and Jamaican Jerk potato chips. Eat outside on a bench and have the neighbor's dog come lick your feet. Also they have a post office IN THE STORE so you can buy stamps or send a post card to everyone you know telling them you're better than them because you know out-of-the-way places that make dope sandwiches.

Take a stroll by the river and make your wife happy by stopping at:
Two Buttons
62 Trenton Ave
Frenchtown, NJ 08825

Just across the Delaware Riv is an arts and crafts / antique type store (GOTTA KEEP THE WOMAN HAPPY, KNAAMEAN?) owned by that lady who wrote Eat. Pray. Love. Apparently she travels around the world collecting interesting shit and then brings it to her warehouse to sell. They also offer free fresh popped popcorn to eat when walking around the store, which is nice (and they also have perfectly nice bathrooms).

THIS IS MY SPOT. It's an organic, locally-killed burger joint owned by a 20-year-old dude who has done way more in his life than you'll ever do. Great burgs, dope fries, fresh ingredients, the ill nana.

Right up the street from Moo is the OwowCow Creamery and some of the best ice cream I've ever had. Apparently it's owned by some old-ass dude from New York who moved here because he fucking loves ice cream. (Also, I'm currrently on steroids which might explain why I was able to eat so much last Saturday.)

YO THIS IS A GOOD ITINERARY.

DWTS: Mario Lopez Reunited with Whatsherface Last Night and I Almost Barfed My Brains Out

I'm teaching myself to use photoshop!

Instead of the gun guy I was gonna put a guy barfing, but it looked too gross.


Now that Breaking Bad is over and The Bach doesn't return 'til January, your life is completely meaningless. Sure, you could put the remote down and take up a hobby (possibly join a bowling league? or start a blog?), but let's not be ridiculous. Life's too short to actually do stuff. That's how people die.

I read an article last week about some guy who tried to climb a mountain and got eaten by a wolf. That's just stupid. No human being should ever climb a mountain, because that's where wolves live and wolves eat people. I'm not even talking about werewolves, I'm talking about wolves wolves. Sure, they look super cute, but they eat people's faces off. That's why I stay indoors at all times. Also I'm very fair-skinned and prone to mosquito bites. One day I'm going to die from cancer. So are you. Stay on your couch.

So seeing that you are lost and sad and have no ability to make decisions on your own, I have compiled the definitive TVMWW guide to #GourdSeason television. Follow this schedule over the next few months and you can finally taste the sweet nectar of happiness. Remember: TELEVISION IS FUN AND LIFE IS STUPID. That's a fact. That's just a medical fact. Honestly, thank you so much for reading my blog. I really appreciate it.

And nowwwwwwwwwwwwwwwwww, here are this week's top searches that people actually typed into Google which led them to this hellhole of a website. 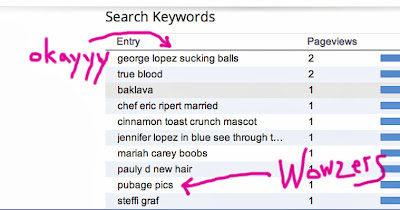 Email ThisBlogThis!Share to TwitterShare to FacebookShare to Pinterest
Labels: GoogSearch 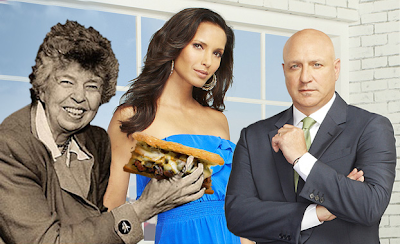 So excited to see what Ellie brings to the Judges Table!

I can't believe it either!

But Philly.com, yeah, that Philly.com, the online home of the Philadorphlia Inqurierreerrer and Philadorplington Daily News published a post by me and Zoo With Roy about our fondest childhood Eagles memories.

One reader already commented, "you guys are a couple of tools" and signed his name as "I keeps it real!"