I have a friend named the Ice Man who is constantly posting pictures on the internet of him and his girlfriend holding hands and kissing and having fun and it is honestly WEIRD / borderline disgusting. Up until now, I always thought Ice and his girl were the two most lovey-duvvey people on earth, but now after researching Aaron Paul (aka Jesse Pinkman from Breaking Borbs) and his wife, Lauren, I might have to rethink that last statement. The Pauls are absolutely GAGA for each other. They're always tweeting sweet messages to each other and making out in public and now that I think about it, I'm pretty sure I missed my wife's birthday last week.

Regardless, let's get to know Lauren Paul (nee Parsekian), this Wednesday's Wifey.


Okay, I get it, you're on the red carpet and cameramen are barking at you to mush your nose into your wife's ear, so you do it, and it looks cute, and her skin smells nice, and frankly she has very nosemushable ears. But look at Lauren's pelvis (or where her pelvis would be if this cameraman panned down a little bit), she is absolutely 100% trying to grind her oats into her husband's crotch.

And I guess some people might see that as nice gesture, and others (like myself) might find it very, very arousing, but I do not know one married couple (except for those weirdos on HBO Real Sex) who are this comfortable showing affection to each other in broad daylight. 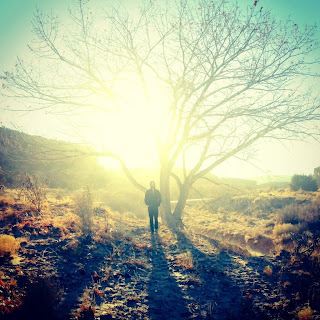 Another prime example of a totally normal-looking picture that is secretly WEIRD. This is an Instagrammed photo taken by Lauren of her husband standing under a tree. Now you would think that the caption for this photo would be something like, "Aaron standing under a super fucking awesome tree!" Or "We're having a great time in New Mexico! Check out how fucking awesome this tree is!" Nope. Lauren's caption was: "My perfect valentine," with a little heart emoticon added for effect. This is what I'm talking about people. This is WEIRD. 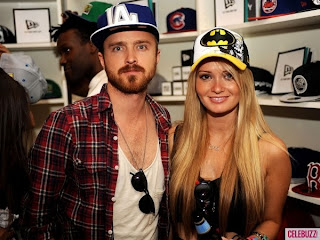 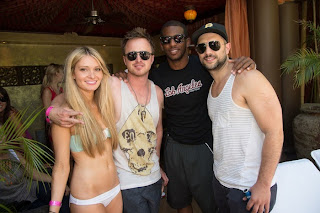 When you're a super famous Hollywood couple, sometimes you have to pose for pictures with annoying fans. But in this case, the Pauls are posing with an even MORE super famous Hollywood couple, Los Angeles Clipper Chris Paul and his Pittsburgh Pirates-loving boyfriend. Kind of weird though that CP3's boyfriend couldn't put down his precious Bud Light bottle for the single greatest photo opportunity of his life? 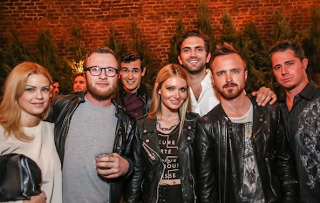 More posing with people. Although this time Aaron does not seem nearly as happy to be with these strangers as he did with 6-time NBA All Star point guard Chris Paul.

Hard to say who my favorite person in this shot is. The guy in the way back who definitely sings in an a capella group? Or the Kurt Warner lookalike directly behind the Pauls, clearly standing on his tippy-toes to get in the shot? Naw, I think the real winner here, the real "oh my God look at that dude he's a real dude" in this particular photograph, is Captain Sun Tan Lotion on the far right hand side. Between his Ed Hardy button-down and that bulging blood vessel in his neck, he is the most amazing human being I have ever seen in my life. 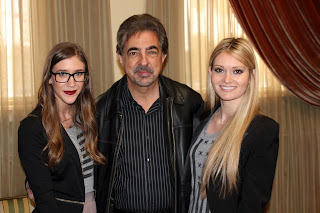 All right, enough of Jesse Pinkman, let's focus on Lauren. Here she is with that guy from that television show and some other lady who has some REALLY dark lipstick on. Don't get me wrong, I like her lipstick, I really do, all 347 layers of it, but I can't get over the fact that her glasses are not pushed up on her nose. If she just edged those jawns up a littttttttle bit higher on her bridge, she'd look sooooo much better.

Look, I'm sorry that I happen to be the most critical person on the planet, but it would just take one little index finger pushing those glasses up, and then wammo! cover of Penthouse. 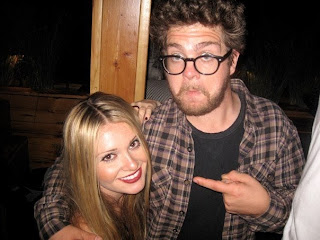 Once again, another person whose glasses are sliding down his nose. At first I thought this was a homeless person with Lauren, then I thought it was Frankie Muniz, turns out it's Jack Osborne, who may or may not be homeless. Also, I'm not exactly sure if that is in fact Lauren Paul. 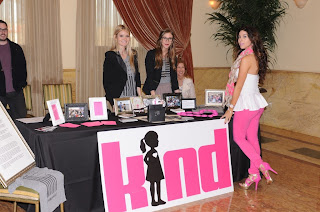 In Lauren's free time, she volunteers or works or does something for the Kind Campaign. I don't exactly know what this is (because quite honestly I didn't feel like doing the research), but I'm pretty sure the Kind Campaign does something to help out underprivileged children. IF THAT IS THE CASE, then what I say what in the world is that lady in the pink doing?!?!

Granted, it's super duper hot and I'd love for her to dig those heels deeeeeeep into my chest cavity, but still, c'mon lady, how bout rockin' a pants suit for once in your life.

(For the record, my wife and I are currently seven episodes deep into the first season of Homeland, and I have never, ever, ever seen a person wear more pants suits than Clare Danes.) 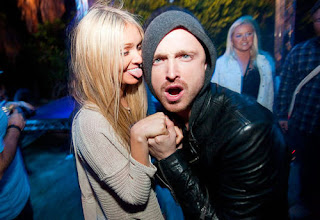 Back to the lovebirds!

I have no idea what's going on with Aaron's hat here, but I feel like he might be absolutely hammered. I think I'm back to liking them. 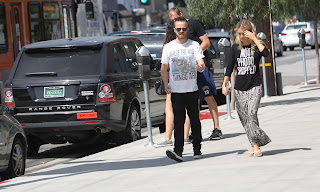 Just a couple of newlyweds walking down the street GOOD GOD LOOK HOW ENORMOUS THAT GUY IN THE BACKGROUND IS. 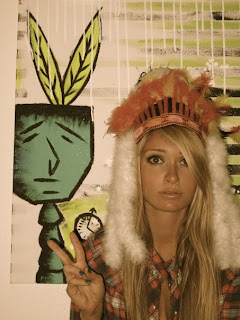 So despite the public displays of affection and the ear-mushing and the volunteer work and being friends with CAPTAIN SUN TAN LOTION, I think I actually like Lauren (and Aaron) Paul. I mean, c'mon, that's a pretty dope headdress. And for a major Hollywood celebrity's wife, she doesn't seem to wear that much makeup. 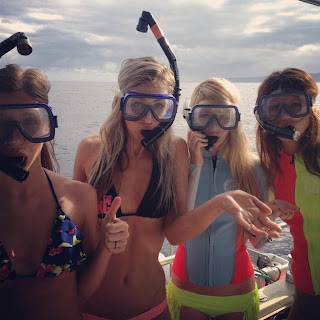 For the record, Chris Paul is like my 8th favorite Clipper.

By the by, I've got a super secret (not that secret) Breaking Bad blorgpost in the works that's gonna be bing bong bing-a-ling bong bling-blang BONKERS. Look for it soon. Or just check out the World's Biggest Meatball. That's what I'd do.