The most mind-boggling thing about Love Actually (beyond the fact that Liam Neeson's son learned to play the drums in just two short weeks, who is he Yo-Yo-Ma Jr???) is that I haven't seen the chick who plays Hugh Grant's assistant in one movie since!!!

If there's one thing TVMWW is all about (besides poetry), it's getting to the bottom of why Hollywood has neglected us from seeing this lady's yams over and over and over again. So let's take a trip across the pond and get to know the Dutchess of Yammington, Martine McCutcheon. 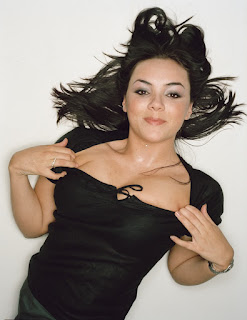 If you do a Google image search for Martine, you'll find some absolutely BONKERS pics. This one here is pretty tame compared to some of the total bingbongers that I found, including this one* that shows her actual yom-yoms. (*NSFW-alert! Actual yom-yoms!) Also, what kinda move is Martine doing up there? She's not even pulling her shirt down, I think she's just pulling it off to the side. Is she showing off her sternum? I think she's just showing off her sternum. She actually has a really nice sternum. 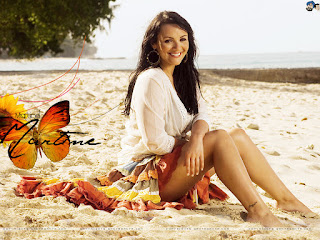 Turns out, Martine is a fairly successful pop star in the UK. She has put out a bunch of albums, and was recently on a TV show called Echo Beach where I'm guessing she spent every show running barefoot in the sand -- or at least that's what I'm hoping she did, because I just bought the entire first seez on Amazon.co.uk. How much is £399.99? I don't think the above picture has anything to do with the show, nor is it an album cover, I think it's just one of those weird screensavers that one of her crazy fans created once upon a time.

I made one of those once, too. 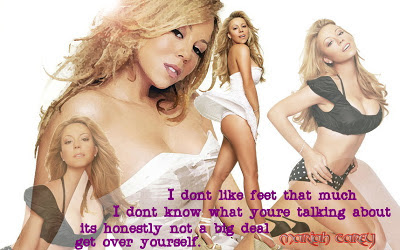 It's honestly not that big of a deal! 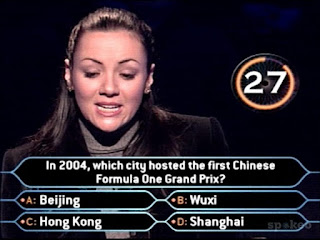 When you're a big deal in the UK, they ask you to go on shows like Who Wants to Be a Millionaire? to win money for charity, which is fine, because when you're a star helping out others who are not as privileged as you is part of the deal, but c'monnnnnnnnn, that's a really hard question, c'monnnn!

I'd go with Shangai for the rec. 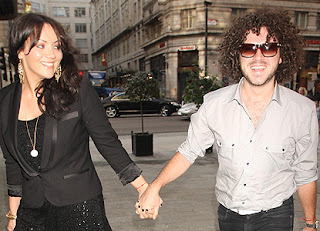 This is Martine's HUSBAND who is an ACTUAL PERSON.

Between his kinky 'fro, a minimal amount of chest hair, and the (LOOK FOR IT, LOOOOOKKKKK FOORRRRRR ITTTTTTTT) really dumb red string bracelet on his left wrist, I totally hate his guts.

Wait a minute, wait a minute, what is wrong with me? Why would I hate his guts? Just because he wears a dumb bracelet? Well yes, but he could be a perfectly nice guy. And he has a name, y'know, it's Jack McManus, and he too is a British pop star, and ... 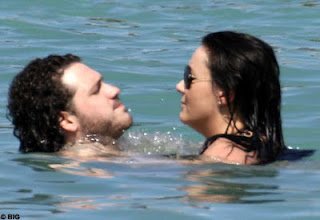 THIS MAN IS DROWNING, SOMEONE HELP HIM.

ARE BUBBLES COMING OUT OF HIS NECK?!

COLOR ME BADD AT SWIMMING AMIRITEGUYZ? 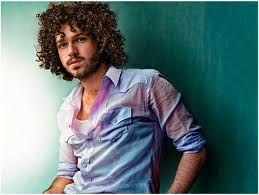 PHOTOGRAPHER:  Yeah, for Jack's next album cover, we were thinkin' of maybe headin' over to a local school and takin' a few pics in front of a blackboard.

JACK'S MANAGER:  Yeah that sounds great, brilliant, yeah, and maybe he could wear one of those Hypercolor shirts?

PHOTOGRAPHER:  Yeah yeah yeah! And then we could douse him in water and make him look all sweaty.

JACK'S MANAGER:  Brilliant, yeah, as if he was just singing songs and sweating all over the place.

PHOTOGRAPHER:  I love a good sweat-shot.

JACK'S MANAGER:  Me too. When a man's skin is glistening ...

PHOTOGRAPHER:  And his nips are rock hard ... 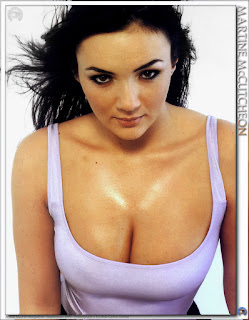 Speaking of sweat-shots, how 'bout that sternum!

And I sort of like that she has misshapen titties.

Could be the hottest pic in the history of pics. 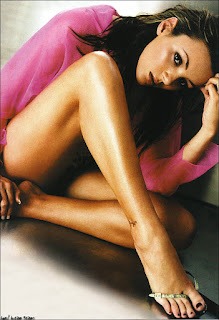 I labeled this pic HotFeet.jpg in my "Martine" folder.

I HAVE PROBLEMS, OKAY???

IT'S NOT THAT BIG OF A DEAL, GET OVER IT. 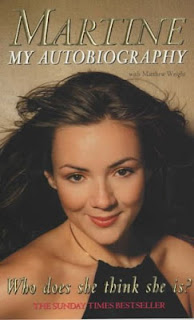 I imagine the glossy pics in the middle of this book are unstoppable.

And what kind of blouse is that?

Is she wearing a sternum protector? 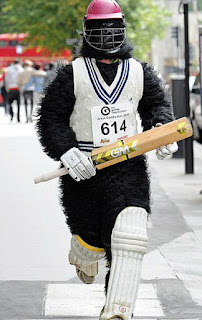 
My weef and I watched a really good documentary on PBS last week about the making of the Beatles Yellow Submarine movie. It should still be in PBS's rotashe, so look for it. Orrrrrrrrrrrrrrrrrr, check out this picture of a cat wearing a tie. Oh, and yeah, the answer to that dumb Millionaire question from before was totally Shanghizzai!