You should see people's reactions when I try to talk to them about the new Fox sitcom, Ben and Kate. Most roll their eyes, some make a little pfft noise with their mouth, my friend Chicken simply looked at me, pulled out her cellphone and started scrolling through it.

You would think: "Hey, this guy has a blog about television and a relatively decent sense of humour and only three less Twitter followers than he had yesterday, maybe he'd know about little something about new sitcoms," but noooooooooooo, Chickie couldn't be bothered to listen to her ole pal The Evster talk about his wife's new FAVOURITE SHOW.

But Chickster doesn't know isht about isht. Ben and Kate is a good show. Like, a really, really, really good show. It's funny, it's quirky, it's well-written, the characters are sweet and nice-looking and why am I even bothering to convince you? It doesn't matter if you watch. It's not like you ever watch any of the stuff I tell you to watch, anyway. How many of you watched Tiny Furniture? Maybe three? Mayyybbeeee three? (That's actually not bad, and I appreciate the three people who did watch. Shout out to Rod, Jonny Hi-Tops and Wibber.) Honestly, do you even watch the videos at the end of these posts? What do you ever do for TVMWW? Do you chime in in the comments sectsh? Do you retweet my jawns on Twitter? Would it kill you to send me one little email from time to time to let me know that you're reading? "Hey Ev, I watched that Ken Burns documentary that you tweeted about. It was so boring I fell asleep on my dog's dick." Would it kill you to do that?!

WOULD IT KILL YOU TO DO THAT???

I don't know why I write this thing. 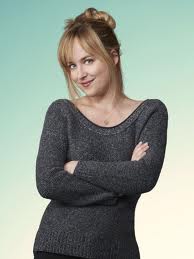 This is Dakota Johnson. She plays Kate. Remember that Johnson part, because in a little bit I'm gonna blow your mind. And yeah, yeah, she looks like your standard white lady, but sometimes she wears really red lipstick and she's a really good actress and she used to be a model and why am I still trying to convince you??? 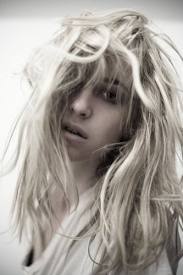 This is Dakota Johns back when she was a model. Kinda looks like Khaleesi, right?

(For the rec, this might actually be Khaleesi. I've never been known to do the most accurate research when searching for pics.)

But check this out: guess who Kate's parents are in real life? 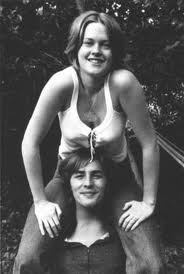 The late, great Don Johns (he's not dead) and his ex-wife, Melanie Grorfiths!

Look how happy and alive and in love the young couple was (and how much Melanie looks like Drew Barrymores.) Once again, not the most accurate researcher in the biz, this very well could be Drew Barrymorbs. 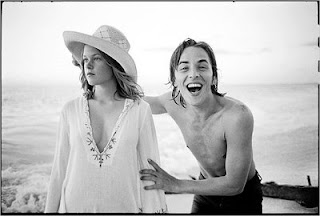 Here's Don Johns and another lady who the Internet says is Melanie Griffs even though she looks nothing like Melanie Griffs. I mean, is that Melanie Griffs? I honestly have no idea. What I do know is that Don Johns definitely has potato nips. (source: PotatoNips.com) 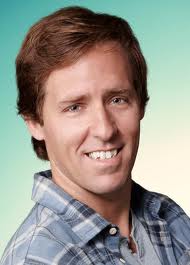 Back to Ben and Kate. Obviously, just by looking at this guy's face (this is Ben by the way) you can tell he's hilarious. My wife's friend Coco says she can't watch the show because this guy's teeth are too messed up. That's messed up. This guy in real life (Nat Faxon) won the Academy Award for Best Screenplay after writing The Descendants. I never saw that movie, but I did watch four hours of the latest Ken Burns documentary. It was equal parts fascinating and borrrrinnnnnggggggg. 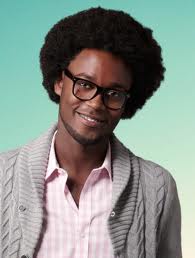 This is Ben's best friend, Tommy (aka the token black dude).

If I ever tried to rock this outfit that Tommy's wearing, Chicken would probably kick me right in the nips. This past weekend, I actually went and bought a pair of those non-baggy jeans that everyone's wearing these days and I feel so self-conscious walking around in 'em. They're slim, and they're straight and my dork presses right up against the front. I kinda love 'em. 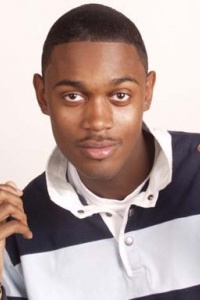 This was Tommy before he was famous (not that he's now that famous, but he's more famous than you are. Not that being famous is important, but it does bring with it a nice paycheck and when you have a nice paycheck you can buy cocaine and then you can have sex with women. So that's nice for him.) It's amazing what a pair of glasses, an afro and a Fox budget can do for a person. It's also amazing when you walk into a meeting at work and all your female coworkers' eyes go straight to your dork. 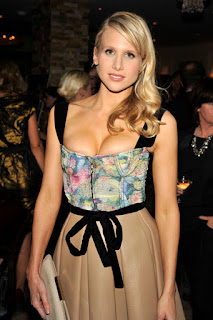 This is Lucy Punch (real name). She plays BJ. You've probably seen her before in some stuff. She's British and OH MY GOD I ACTUALLY JUST LOOKED UP AT THIS PICTURE.

Now are you gonna watch?

(There's not. I just spent ohhhhhhhh, I dunno, ten minutes checking for some potatoes? There's none. Sad.) 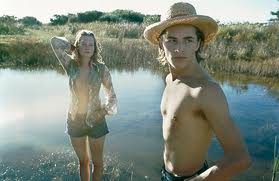 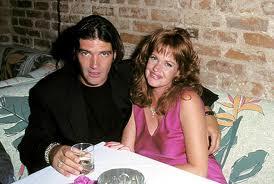 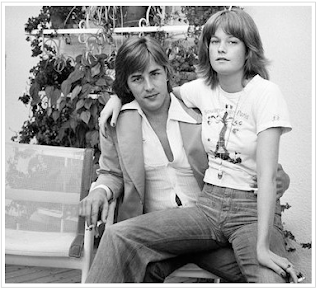 Bottom line: this show is definitely worth watching and Don Johns and Melanie Griffs definitely used to have Ken Burns-style four-hour bone-sessions.

Then again, I'm guessing that Antonio Banderas also knows his way around the boneyard -- so that's nice for Melanie.

HOW GOOD ARE POTATO CHIPS!!!

Potato chips seriously are amazing. My favourites are the Grandma Utz jawns. Ben and Kate airs at 8:30 on Tuesdee nights on Fox (so it's on tonight!). You can watch clips of the show above (or click this and this), or just watch the friggin' show! Orrrrrrrrrrrrrrrrrrrrr, just look at this Far Side cartoon that pretty much gets me every time. That's what I'd do.

Email ThisBlogThis!Share to TwitterShare to FacebookShare to Pinterest
Labels: ben and kate