Last night, my wife and I checked out around ten minutes of Dancing With the Stars All Stars Stars Edition Under the Stars.

And as we were watching, I thought, "Wow, I can't believe I ever watched this show!" and then three minutes later I thought, "This show is incredible I'm blogging about it tomorrow!" and then three minutes after that I thought, "Why the hell don't I take more bubble baths they're so relaxing!" and then I went upstairs to draw a bath, but saw that our tub was kinda dirty and clearly I wasn't about to get on my hands and knees and scrub-a-dubb-dubb, so here we are a day later with this Wednesday's Wifey: Cheryl Bubble Bath Burke! 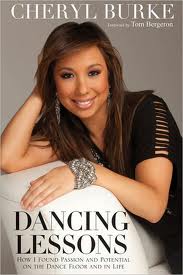 In 2011, Cheryl wrote an autobiography called Dancing Lessons: How I Found Passion and Potential On the Dance Floor and in Life. Not the worst title, but also not the best.

In the first chapter of Dancing Lessons, Cheryl describes herself as:


I've always been kind of a play-by-the-rules kinda girl; I tend to like things structured, predictable and sometimes even a little boring.

Hmmmmm, that's probably the most disappointing introduction in the history of literature. I mean, think about it, if Cheryl had written the complete opposite in her opening statement, how intrigued would you be?

I've always been kind of a break-the-rules kinda girl; I tend to like things chaotic, unpredictable and sometimes even a little bonkers.

So right away it's clear that Cheryl has no idea how to market herself. Either that, or she's just being coy. Maybe play-by-the-rules kinda gals are secretly the most freaky-deaky?

Emmitt Smith, what do you think about Cheryl Burke claiming to be boring? 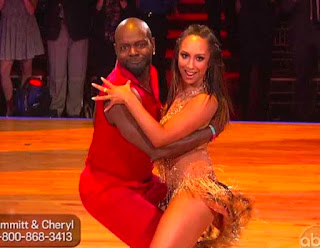 I honestly doubt if Cheryl is as boring as she says she is. I mean, does a boring girl do thisssss??? 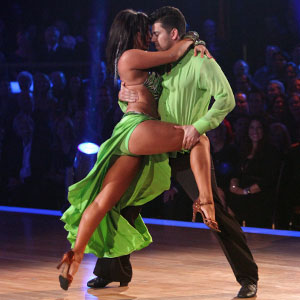 Yo, check out Rob Kardash straight sniffing Cheryl. I think he's trying to go nose-to-nose with her! 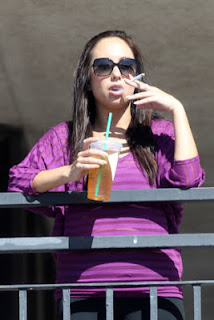 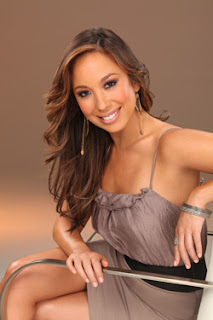 There we go. Back to good ole, boring-ass, sideways sittin' Cheryl. That could actually be a great name for a pornski: Sideways Sittin' Sheryl. 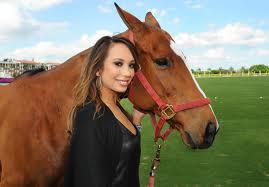 Or even better, Sheryl Sits Side Saddle.

That horse looks amazing by the way. I'd totally go skin-on-skin with him.

That also looks like the nicest weather in the history of weather. 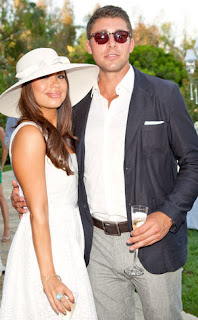 Cheryl's goes skin-on-skin with her current boyfriend, pro hockey player, Joffrey Lupul. I like Joff -- partially because he used to be on the Flyers, and partially because you can totally see his dork pressing against those pants.

And notice Joffrey's right arm wrapped around Senorita Side Saddle -- strongggg move. My friend Meg once gave me some GREAT advice for when I was going out with a chick: When you hold the door for your woman, put your hand on her lower back and guide her through the door -- soft enough to where it's not really a move, but firm enough to let her know that your dork is pressed against your pants for a reason. 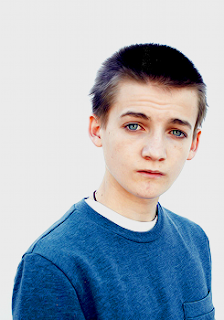 Of course, Joffrey's name is Joffrey, which brings to mind possibly the most evil character in the history of television. But check out young Joff here! He looks so sweet! His parents probably went skin-to-skin with him on the regg. 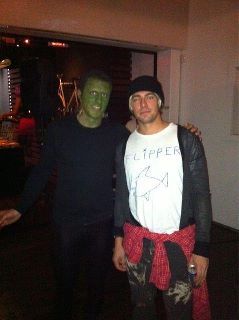 Not sure if Joffrey Lupul (who is Canadian) quite understands Halloween. Is he dressed up as Ahab here? Is he the kid from Home Improvement? Is he Kurt Cobain? Wait, he is Kurt Cobain. That's actually a pretty good costume. 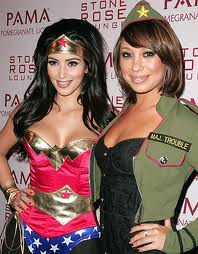 That is not boring!!! 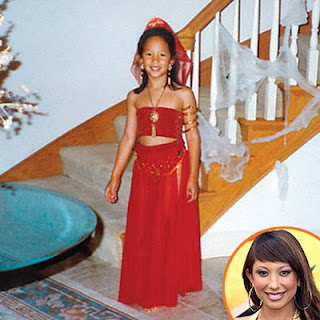 Young Cheryl as a belly dancer? 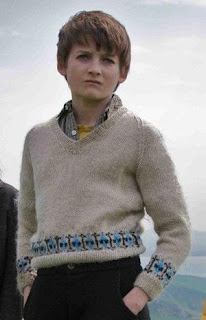 Young King Joff knows about pressing his dork against his pants and going skin-on-skin! 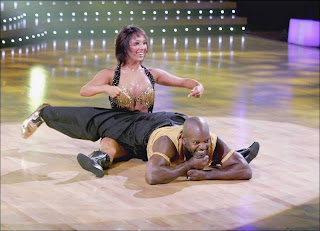 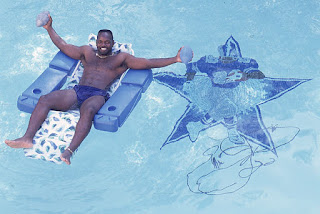 I have the same Emmitt Smith decal painted on the bottom of my pool!

My wife's been watching this new show, Ben and Kate. It's actually not baaaadddd, in fact, I kind of really, really like it. You should check it check it outtttttttttt. Orrrrrrrrrrrrrrrrrrrr, check out this picture of a bear talking to a kid dressed as a bear.

Email ThisBlogThis!Share to TwitterShare to FacebookShare to Pinterest
Labels: Dancing With The Stars, Wednesday's Wifey