Wednesday's Wifey: Rosie from RHONJ (not really a "wifey", but then again it's not really Wednesday, is it?)


You know those folks who are totally nice and totally fine and totally decent people, but for some reason you just can't handle them? Like that guy on your softball team who really really likes softball and wears wrist bands and batting gloves and steps out of the box after every pitch to hit the bottom of his cleats with his bat to get the dirt off, and that's fine, because a lot of dirt gets under your cleats, but c'mon dude, settle down, we don't need a first base coach. Or that lady you work with who brings her own salad dressing to the lunch table? Like, okay, you like salad dressing, get over yourself. Well, that's how I feel about Rosie from Real Housewives of New Jersey. She's sweet, she means well, she's a good person, but I don't know what the hell she's ever talking about.

Let's dive deeper into the life of Rosie DiFeliciantonio-Ambrosini-Linguinilingi. 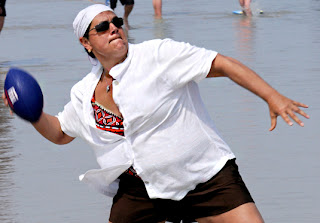 Gotta be honest, kinda expected Rosie to have a better throwing motion. I mean, the left arm looks good, her footwork is solid, and she's determined to bomb that thing across the Atlantic Oashe, but she still kinda throws like a girl. Her right hand needs to move up about three inches! I'm guessing this throw was a total flutterball and splashed down no where near her intended receiver (although there's also a very good chance that she launched it about 4,000 yards and broke someone's face). 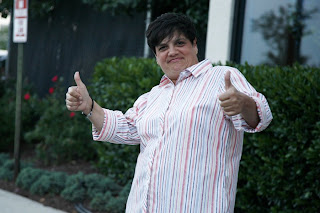 Interesting move here to go with the double thumbs up. What do you think Rosie's giving her approval of? A nice park-job? Did the photographer ask her a leading question? "Eyyy Rosie! Whaddya think about Linguini in clam sauce tonight?!" ... "Eyyy Rosay! How's your diarrhea?" ... "Eyyy, eyyy, eyy Rosay! Check me out! I'm sucking a dog's dick!" 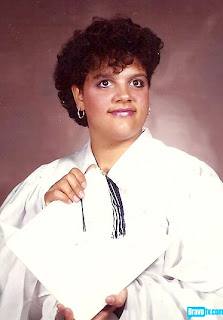 Forget about the haircut, or the fact that Rosie's staring off into left field ... why is she holding her mortar board like that?! Is there a karate master waiting in the wings who's about to fly in and kick that shit in half?

"Okay Rosie, one more shot, one more. Could you just turn your hat around 45 degrees and hold it out in front of you? Perfect. Perfect! Okay Takashi, fly in and kick that shit! Perfect Rosie, perfect! C'mon Takashi! Kiaip! Kiaip!" 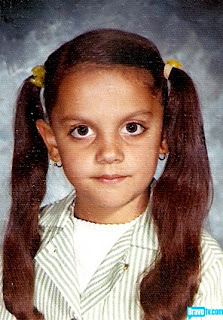 Oh Rosie, you are AMAZING!

And are those the same earrings as the previous picture? If so, great job holding onto those jawns!

I mean, this girl is adorbz! 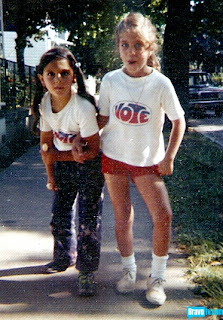 Here's Rosie (and her sister Kathy) doing something.

What could possibly be going on here? It sorta looks like Rosie has something in both of her hands. Maybe Laffy Taffys? And what is up with that move Kathy's doing with her left leg?!?! Is that the San Francisco Sidewinder?!

THESE GIRLS LOOK FLABBERGASTED ... it's really a shame the camera wasn't pointed the other way, because whoever's taking this picture is doing something outrageous. I sort of think this picture might've been taken by a gorilla. 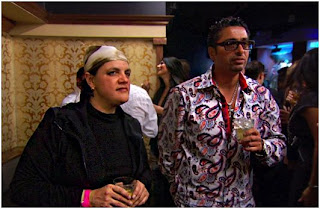 Fast forward again to modern-day Rosie, who's seen here with the true star of RHONJ, her brother-in-law, Rich.

Back when I was trying to peddle TVMWW t-shirts, I had the idea to make a shirt with just Rich's face on it. I'm convinced this could make me a million dollars. 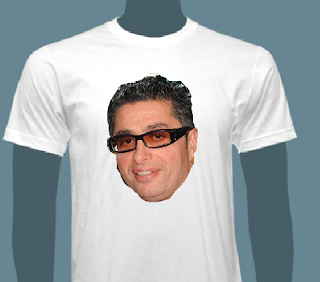 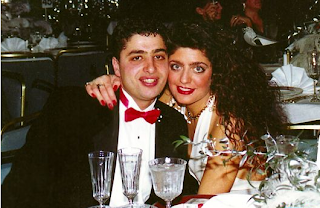 Are you taking over this blogpost?

I think you're taking over this blogpost! 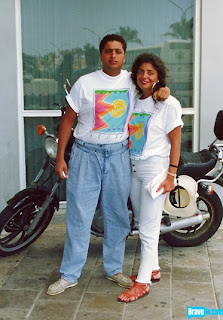 "I WAS THINKING ABOUT WEARING MY MIAMI MOTORS SHIRT!"

"WITH THE ROLLED UP SLEEVES?"

"WITH THE ROLLED UP SLIZZ-EEVES!" 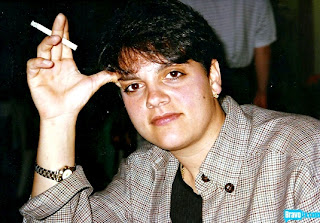 
Hey everybodys, have you ever seen the movie You Can Count on Me, with Mark Ruffalos and Laura Linneys? Great, great, great movie. Sweet, sad, funny, fantastic. Anyways, the guy who made that movie, Kenneth Lonergan, apparently made another movie a few years ago that never got released for some dumb reasons, but now it's out on blu-riz and DVD and all that. It's called Margaret, and it's probably great, so you should check it out. You can listen to an interview with Kenneth on Fresh Air here. Orrrrrrrrrrrrr, look at this potato guy!