Thursday's Wifey: The Lady Who Was Sitting Next to Doc Rivers at the Duke-UNC Game 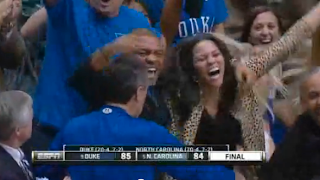 Of course, knowing that Doc is a former NBA All-star and current coach, I assumed this was his wife. But after a quick Google image search, I realized that Doc happens to be married to Willie Nelson's daughter.

So if that wasn't Doc's wife, I figured maybe it was Dell Curry's wife (whose son also plays for Duke). I remember her getting some serious air time when Steph was making that Final Four run for Davidson, but I also remember her being an intellectual and I don't think intellectuals wear leopard prints.

Also, why would Doc have his arm around Mrs. Curry?!?!

If they have that kinda relationship, that's great, it's nice for players' parents to bond, but if I were Willie Nelson and my son in law was arm-in-arm with some leopard-printed lady, I'd want some answers.

I guess sometimes crazy things happen during crazy celebrations. Once, after a high school basketball game, some Indian chick with a nose ring kissed me on the cheek as the fans rushed the court. It was pretty exhilarating, partially because her culture forbid her to ever kiss a Jew, but also because that Jew was secretly wearing leopard print panties underneath his uniform. 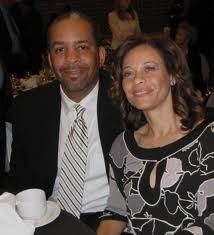 This is Dell's wife (and Steph and Seth Curry's mom). This can't be the woman next to Doc at the game because that woman was super hot and this woman has AN UNBELIEVABLY LONG NECK and I'm not saying that to make fun of her, I'm just saying this lady's neck is MUCH longer than any other neck I've ever seen, which includes the neck of the lady in the stands with Doc! 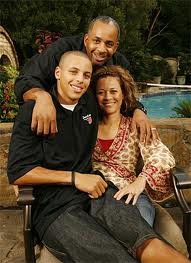 Just further proof that Sonya Curry was NOT locking arms with Doc (and also proof that the Curry family dynamic is WEIRD). "Hey Steph, I know you're on the verge of signing a lucrative NBA deal, but come sit on Mommy's lap." I mean, the Currys live in a blatant mansion, they couldn't have gotten one more chair for the photo?!?! There's probably a perfectly good deck chair (and who knows what other amazing outdoor furniture) right next to them on that patio. But no, little Stephy's gonna sit in Mommy's lap. 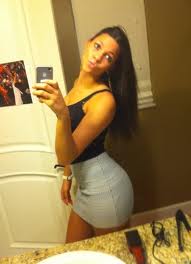 Could thisssssssssssss be the woman on Doc's arm?

This is Callie Rivers, Doc's daughter, who DEFINITELY looks like she's got a couple leopard print outfits in her wardrobe. There's also a pretty good chance that when she went out this night, 14 different Jewish guys tried to roofie her. 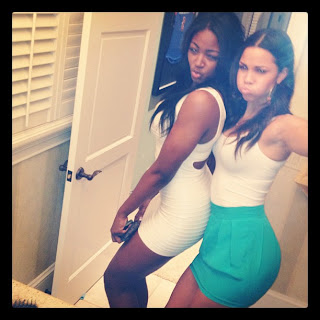 THIS IS WILLIE NELSON'S GRANDDAUGHTER, FOLKS!! 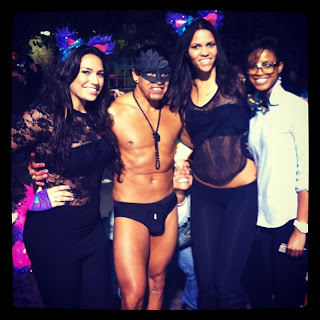 Honestly shocked that of all the people pictured in this post, that Muscles Marinara here isn't the one wearing leopard print. And isn't black slimming? What's this guy thinking?!?!? 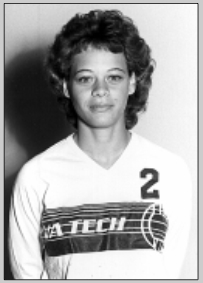 Before we rule out Sonya Curry, probably smart to look back at what she looked like as a college volleyball player and HER NECK HAS GOTTEN LONGER, HASN'T IT?!?!

I KNOW THAT NOSES AND EARS AND MY TWO VOLLEYBALLS CURRENTLY RESTING RIGHT NOW IN MY LEOPARD PRINTS DO, BUT NECKS TOO?!?!?

I'm gonna go ahead and say that the woman with Doc was NOT Sonya Curry, but Doc's daughter, Callie. 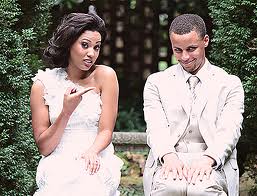 So now that we've settled that, can we discuss ...

WHAT IS WRONG WITH THE CURRY FAMILY?!?!

I honestly have no idea what kind of pose Steph is giving us here. Does Monte* Ellis know about this picture? He looks like he just told his wife that before they get married he wants her to know that he only wears leopard print panties. 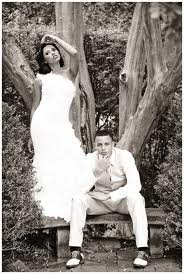 Just standing on a bench by a tree, that's all. Not that big of a deal. Just taking a couple shots here with my soon-to-be husband and thought that a standing bench shot would be nice. My dress is getting filthy in these bushes, but it's cool, we got the bench shot. Yeah, Steph's thinking. He's a big Rodin fan. Are the hors d'oeuvres being passed yet? 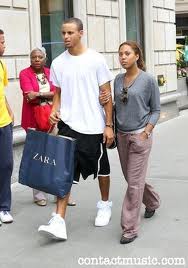 Another sad sap forced to carry his woman's bag.

Although, I kinda feel like Steph was the one doing the shopping.

By the way, if you haven't seen Will Ferrell introducing the starting lineups from last night's Hornets-Bulls game yet, you need to watch it now.


The Grammys are this weekend. If you feel like reading my Grammy post from last year, click here. Or just check out the only hors d'oeuvres you'll ever need.