The Bachelor: WHY THE FREAK DON'T WE ALL LIVE IN SWITZERLAND?!


So Switzerland is friggin' bonkers.

HOW BOUT THOSE GOATS? ... JUST WALKIN' DOWN THE STREET!


I happen to live in Drexel Hill, Pennsylvania, a blue collar, shit-suburb 3.3 miles west of West Philadelphia and 64.1 miles from any sort of nature or wildlife (Six Flags: Wild Safari). In the center of my town is a bar that claims to have "The Best Crab Soup on the Planet," a Wawa and a comic book store called Cool Stuff. That's the actual name, Cool Stuff. There's a Batman t-shirt that hangs in the window and even though I've never been in there, I can GUAR-UN-TEEE you that NOTHING in that place is cool, not the stuff and certainly not the staff.
Pining for a connection to the outdoors, I recently filled up a bucket of Johnson's Popcorn with water and set it on my back deck, and once or twice a day neighborhood squirrels come over and drink out of the bucket.
Look!
Now, I'm not complaining -- I love these squirrels, and it's easily the best thing I've ever done in my life -- but it pales in comparison to flying in a helicopter over Mount Switzy.
And was that helicopter pilot the best lander in the history of helicopter pilots?!?! He landed that thing RIGHT on top of that mountain! I would love to see him land his helicopter on a Cirque du Soleil guy. AND I BET HE COULD DO IT.

I used to doubt that the Bach and his ladies could realllllllllly fall in love on this stupid show, but after seeing that place?!?! I'm pretty sure that Adolph Hitts himself could've taken me on a date to the top of the Swiss Alps and I woulda fallen for Mein Führer.

Adolph:  Wow, being up here really allows you to just clear you head and think, doesn't it?

Evster:  (shoving the most delicious peach into my mouth) Definitely, man, definitely. These peaches are delicious by the way. Where'd you get these? Olaf's? Are these from Olaf's?

Adolph:  Evan, you know when you get a really lousy peach?

Evster:  (still chewing) Oh yeahhhh. That's the worst. You know I had never actually seen a sheep in person before I came here? Much furrier than I thought.

Adolph:  Well, what if we lived in a world with ONLY perfect peaches?

Evster:  I gotta tell ya Dolph, I don't think you're getting a better peach than this one. What's this? A German peach? Is this one of those German peaches?

Adolph:  And what if we could eliminate, JUST WIPE OUT all of the lousy peaches?! The deformed ones, the brown ones, the kosher ones.

Adolph:  So we were left with only the softest, juiciest, blondest peaches in the world.

Evster:  Sounds good, manimal. Hey, when we get back to la chambre, I was thinking of maybe hoppin' in the tub, taking a soak and then giving you a hand-jimmy.

Adolph:  I was actually thinkin' about a good ole fashioned rimmer.

I think the show (and the fact that I don't live in Switzerland) is making me angry, because I spent a great majority of last night's ep yelling at the television; like when Nicki kept her top on in the bathtub. AND IT WAS A BATHTUB NOT A HOT-TUB SO LET'S GET THAT STRAIGHT! There are few aphrodisiacs in this world that work better than a floating titty!

And what's up with Courtney wearing her sweater sleeve below her hand a la Stefon!


And why oh why did Emily, Ali and Ashley all go to the movies wearing night-dresses??!?!?!?

I mean, I understand dressing up (you're on a show, you're in LA), but at least wear a jacket because movie theaters are FREEZING! Were they heading to a sorority function immediately afterwards? I don't understand this world.

Even more baffling is the fact that Ben seems to realllllllllllyyyyy like Linbzeyg. Am I missing something here? She's not attractive and not cool, right? Like, there's a pretty good chance that her ex-boyfriend works at Cool Stuff.

The highlight of last night occured when Ben got PISSED after K.C.B told him what she thought of Courtney. Ben does NOT like to be challenged by women. On the first ep, he failed to choose that lady who walked right by him without saying a word (a move that I kinda thought was dope). Later in the seez, he sent some lady home after she questioned his decision-making. He kicked off Casey the Crying Weirdo because she still had feelings for her ex. This guy needs a reality check -- AND A FRIGGIN' HAIRCUT!

At this point, Ben's butt-cut ranks right up there with the worst male hairstyles of all time: 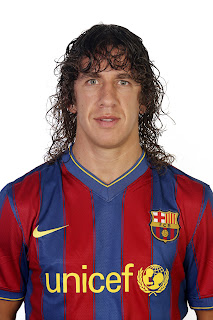 Carles Puyol -- you'd think he could get a decent cut in Barthalona! And it honestly looks worse when it's dry! 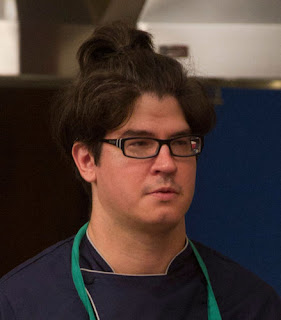 Chris Jones from Top Chef -- EVERYTHING ABOUT THIS IS WRONG DUCK DONG! 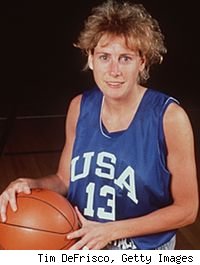 Nancy Lieberman -- Tim DeFrisco's camera lens FUCKING BLEW UP INTO 4,000 PIECES when this picture was taken.

Luckily after Kacie B. shook him up, Ben was given time by Chris Harrison to "decompress," which clearly meant. "Go jerk off, dude."

The setting was perfect. Mountain view, high stress, lots of candles, some Swiss almond lotion and pictures of his three potential wives.

I would've preferred a goat.

I'm thinkin' about live-tweeting the Top Chef finale on Wednesday. My wife ABSOLUTELY HATES when I watch TV and tweet simultaneously, BUT I'M MY OWN MAN. If you're interested, follow me on Twitter here. Orrrrrrrrrrrrrrrrrrr check out this grilled brie and goat cheese sangwich!

Email ThisBlogThis!Share to TwitterShare to FacebookShare to Pinterest
Labels: The Bachelor, The Bachelor: Ben