Wednesday's Wifey: Bérénice Bejo aka the Chick from The Artist aka the Most Adorable Chick Ever

Cue Foghorn Leghorn: Now I say what? I say what? has happened to the sanctity of marriage?!?!

This week, Heidi Klum and Seal (the only couple in Hollywood who truly seemed to like each other) called it quits after 47 years of marriage. More shocking than their split was the fact that Heidi dumped Seal to be with her new boyfriend, Edward James Olmos.

Regardless, Wednesday's Wifey will persevere!

Let's check her out before the Oscars are over and she falls out of the public's consciousness. 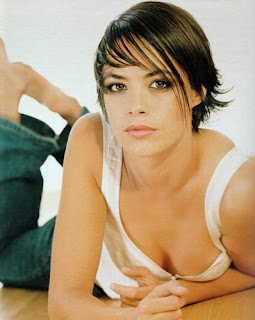 It's TVMWW's favorite pose, the French Flutter-Foot, coupled with a classic Schwee-Schwoop hairstyle by Vidal Sassoon.

If I were 14 years old* (*If I were home right now), I would totally pump-off to this shot* (*any picture of any barefoot woman ever). 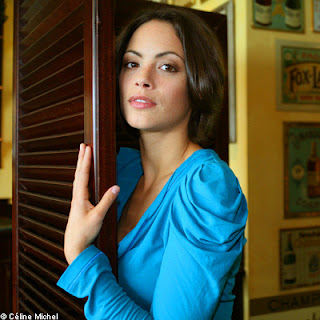 (I kinda think it might be cool if she smelled the door. Not that big of deal. Just take a whiff of it, make a sexy face, could be kinda hot. How do you know it's not sexy if you don't try it? Just go ahead. Try it. It's fine. Don't be scared. Who am I talking to?) 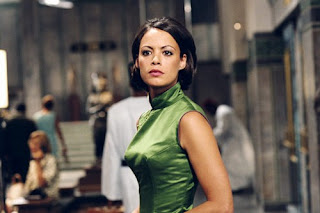 Had no idea that Bérénice was one of the original members of the Pointer Sisters. 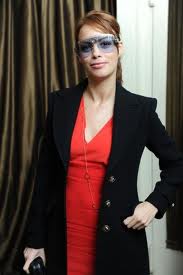 When I first saw this pic, I thought Bérénice was wearing goggles, like she was visiting a lab or something, but upon further inspection she's actually just wearing really dumb sunglasses. 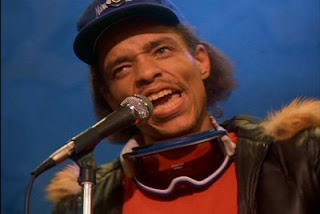 I coulda sworn there was a time when it was cool for rappers to wear ski goggles. I texted my friend Larbage to ask him if he remembered what rapper(s) used to wear them, but he ignored the text like he does pretty much every time I try to get in touch with him.

So I googled "rappers with ski goggles" and this picture of Ice-T came up. Also, look closely, is that a BUTTON pinned onto his hat? I think it is. And now I kinda remember buttons-on-hats being a thing in the 80's. But what could that button possibly say? "I make chicks smell doors?" 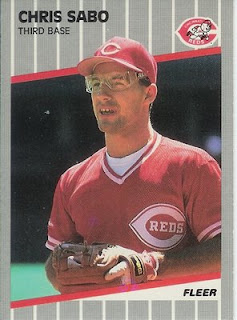 Chris "Say Bo to Drugs" wore goggles like a motherfug!

Look at those goggs! They're not even on straight! No wonder he had such a short career.

"Uh, Chris, you're hitting .225 and we're thinking of sending you down to the minors. Can you even see in those things?"

"Chris, yesterday you lined up in the batters box facing the dugout. You blasted the umpire in the face." 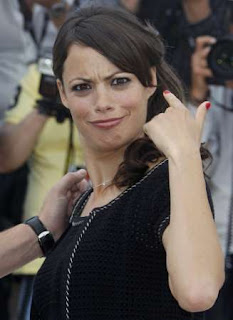 Absolutely no idea what's going on here, but I think this picture clearly shows that Bérénice is the kind of woman who would totally smell a door if you asked her to.

(She'd do it. You know she would. Bérénice was actually born in Argentina and Argentinians are extra kinky. That's a fact. That's a medical fact.) 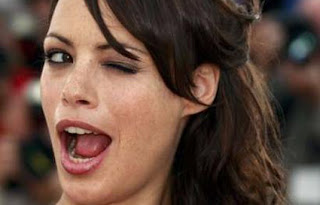 You know what that wink means!

(No idea. No idea what that wink means.) 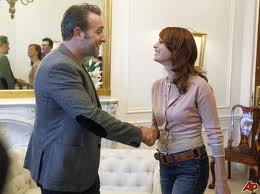 I gotta agree with him, it makes the midriff look so much hotter. I mean, look at that thing! It's like a weightlifting jawn. And look at dude's elbow patches! He must be planning on getting Mrs. Bejo to lay down on that hardwood floor with him. 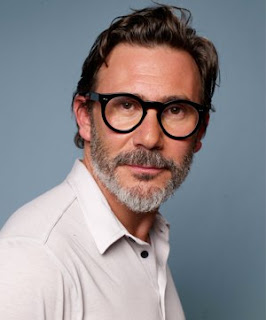 This is Bérénice's husband and the Director of the Artist, Michael Hazanavicius. (No relation to Sarunas Marciulionis.) Nice lookin' fella. Dope beard. Interesting glasses. (Can't possibly be any lenses in there and if there are they're seriously the cleanest lenses I've ever seen. My lenses on my glasses are always filthy by the way. How do people keep theirs clean?!?)

This is exactly what Ben the Bachelor SHOULD do with his hair. Kind of a cross between a Schwee-Schwoop and a Dipsy-Do. I like this dude ... I SUPPORT YOU, BRO! 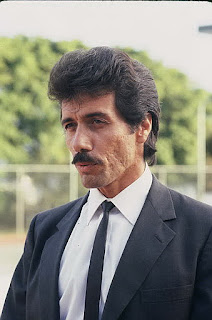 AND THEN THERE'S THIS GUY!!!

I actually saw The Artist last week. It was fantastic. I highly recommend it. I also recommend attempting to get your wife/girlfriend/husband/boyfriend/person you met on Craigslist to smell a door. Could be great! Also, remember, this week I'm giving away a FREE T-SHIRT to a random commenter. So write a comment in the comment thing. Orrrrrrrrrrrrrrrrrrrrrr, just check out this amazing picture of a place that looks nothing like Drexel Hill, Pennsylvania.