This past weekend, I wasn't able to watch the Miss America pageant quite the way I would've liked (with my pants around my ankles while being forced to drink out of a dog bowl).

You see, we had company over, and anytime we have friends visiting I feel compelled to put out 12 different types of cheeses and show off my cheese dome (the one item from our registry that I truly cared about receiving ... THANK YOU TO MY MOM'S FRIENDS PHYLLIS AND EDDIE!). So while Miss Pennsylvania was getting knocked out in the first ten minutes, I was knuckle deep in Bucheron.

Also, our friends Annie and Abu brought their two kids over (Sam, 2, and Evie, 2 months) and little Samster ate too much avocado and barfed all over the place. It wasn't that big of a deal (in fact, it was kind of amazing, he barfed all over his father's head), but we had to run around and clean up the rug and find Samster a clean shirt (BLUE, HAD TO BE BLUE) and throw his clothes in the wash (of course we didn't have any detergent and had to borrow some from our neighbor). I didn't really do much to help out (my barf-cleaning skills are sub-par), I just kinda sat on the couch holding Evie (the 2 month-old), but like I said we had a bunch of cheese so I really couldn't pay attention to the television.

I guess it's only fitting then that Miss Wisconsin, Laura Kaeppeler, took home the crown.

Let's get to know this Wednesday's Thursday's Wifey, as well as some of her competish. 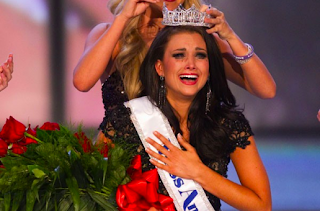 When the barf was cleared and the cheese was cashed, we did settle in to see Miss Amurrica get crowned. All the ladies in the room (my wife, Annie, Evie, myself) were kinda flabbergasted that Laura chose not to wear waterproof mascara. It actually made all the women IRATE, which I felt only added to the eroticism of the evening. 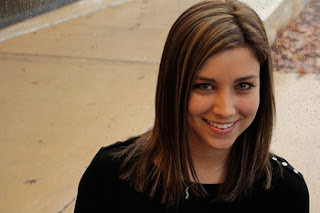 The new Miss Amurrs looks pretty normal here. But then again, looks can be deceiving. For examps, a Saturday night filled with avocado and 12 different kinds of fromage LOOKS like a good idea, but eventually leads to someone barfing all over their father's head. 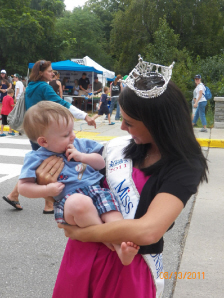 Instead of singing opera, this lady should've cleaned up baby barf during the talent portion of the evening. IT WAS HONESTLY EVERYWHERE. 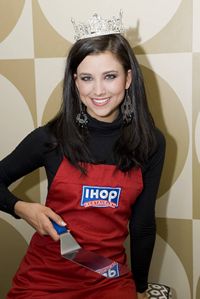 No idea why she felt the need to hold that spatula.
Did you knowwwwwwwwwww that Chad Ochocinco goes to the IHOP in Foxboro EVERY morning when they open? He often gets there early and tweets from the parking lot while he waits for them to open the doors.
Seriously! 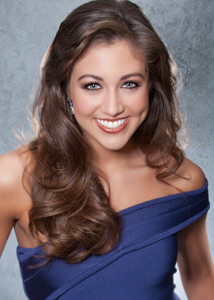 This is Miss Iowa. Her favorite food is French Toast. I would pay big bucks to watch her eat breakfast (that means have sex) with Chad Ochocinco. 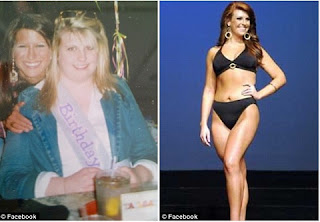 Miss South Cackalack, who lost over a hundred pounds by staying away from places like IHOP. Throughout the pageant, I was convinced she had scoliosis. 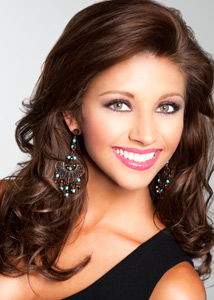 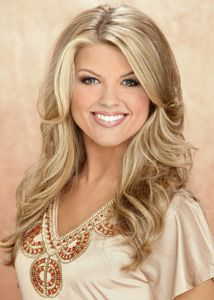 Ahhhhh, my favorite, Miss Tennessee, Jessica Simpson, Jr. During the show, a graphic flashed on the screen that said that she was "An Honorary Duck Master at the Peabody Hotel." We had no idea what that meant, so my friend Fred Frinks looked it up on his phone and found out that the Peabody Hotel is famous for having ducks ride up and down in the elevators. Kinda similar to how peacocks have free reign at the zoo. I love everything about this woman. 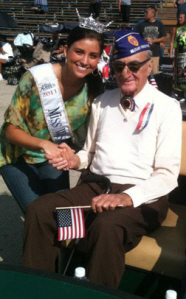 But the judges (like Kris Kardashian) apparently didn't think that riding elevators with ducks was as impressive as giving old guys handshakes. THAT GUY TOTALLY HAS SCOLIOSIS. 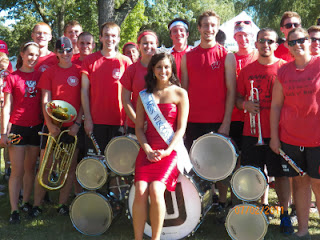 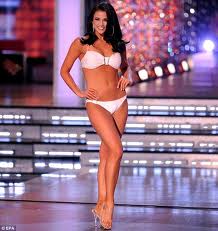 You can't really argue with this now, can ya? There's not a mole on that woman's body. God bless America. 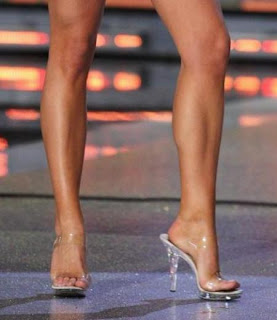 Most openly perverted picture to ever appear on TVMWW? I'd say so. AND THAT'S REALLY SAYING SOMETHING. What a country we live in where you can surf the internet and find a picture of Miss America's shinbones. I guess maybe that whole SOPA thing was worth caring about?????

The Wife and I are going on a date to see that movie The Artist on Friday night. It's supposed to be amazing. You should check it out. Orrrrrrrrrrrrrrrrr, check out this AMAZING gallery of sports posters from the 80's!