You wanna hear some buhhhlllisht? In the history of the Miss Universe Pageant, only ONE Argentinian chick has been crowned champion.

It's been proven BY SCIENCE that Argentinian women are the HOTTEST, followed closely by Brazilians, Colombians and chicks who wear leather socks. 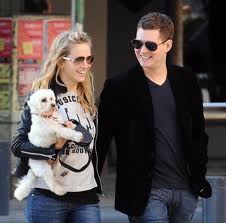 Here's the lovely couple out for a stroll with their dog Waymond, who seems to have a very unfortunate case of lockpaw. Look at that dog's right arm! That jawn is LOCKED. "Go this way Boobs! And also, ruff!" 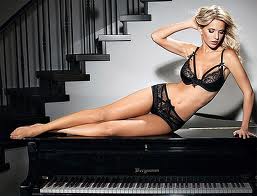 My Marinovich-like parents made me take piano lessons for three years and I ain't NEVER played on no piano like this! Wow, what a beauty! Is that a Steinway? Or a Bosendorfer? Oh, also, if you look above that beautiful shiny black piano you'll see a half-nekkid Argentinian chick. And if you're a real perv and you look down, you'll notice a small window of space in between her legs and underneath her nosh. My buddy Jonny Hi-tops claims he only finds women attractive if their thighs don't touch. Jonny also shits his pants VERY regularly. His wife is a very nice person who deserves much bettter than him. Also, I would pay Luisana big big bucks to spit on me. 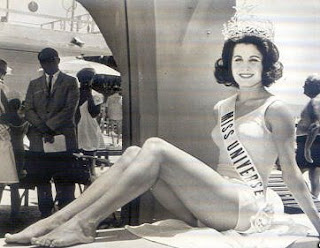 This is Norma Nolan, Miss Universe 1962 from Argentina. It's a nice pic, she looks good, I appreciate her hairless thighs, but check out the dude over her left shoulder STRAIGHT CHILLIN' with (possibly) a case of lockarm. You think he's ever plowed a chick on a piano? NO DOUBT. 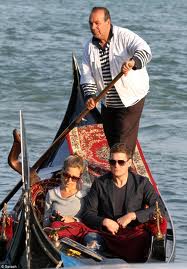 Ever seen two people more miserable on a gondola ride? Maybe they're freezing? Seasick? Low blood sugar? That's the #1 cause of every fight my wife and I ever get into. When the hell did we get to the point in our lives where if we didn't have a granola bar by 11am we'd feel the urge to spit on someone? And how 'bout the fact that the gondola driver looks totally oblivious that Luisana and Boobs are having a lousy time. "Ah, yes-ah, if you look over to the right-ah, you see the home-ah of Luigi Inzaghi, my mailman. He bring-a the mail-a. He also have nice wife-ah."

Maybe they got into a fight over one of Lulu's exes, like this dude, Mariano Martinez. He looks so much cooler than Boobs even though he's going with the whole shirt kinda-tucked-in-kinda-not look which is totally a move by the way. 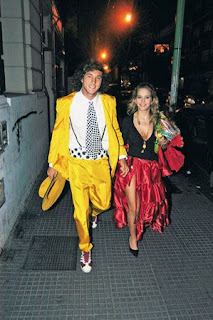 Another one of Ms. Lopilato's exes, tennis player Juan Monaco, who is either the best or worst dude ever. Juan's wikipedia page says that he's a big San Antonio Spurs fan and also likes the Lord of the Rings books (still can't tell if he's cool!). Either way, I hope these two were able to figure out wherever they wanted to go without Lulu's dog pointing the way. 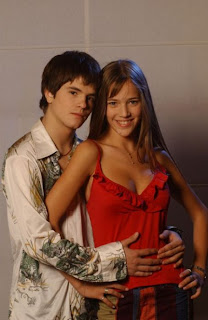 Mrs. Bublé's first boyfriend, Felipe Colombo, who she met while filming a kids show ... kinda like a Britney-Timblerlake-type thing. They also apparently MADE A PRIVATE VIDEO TOGETHER that I pray to God featured Felipe's shirt. THAT DUDE LOOKS SO SERIOUS! He has to be on meth now, right? 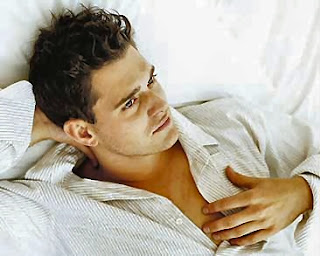 Bublé doesn't fuckin' play either! There's a reason he bagged Luisana in the first place and there's a reason she took a vow to be his WIFE. Look how fucking gentle he is! You think he wants to be on a gondola?!?! Hell no, he wants to lay down in the softest bed ever and croon! "Message to the rest of you creepers out there, SNITCHES GET STICHES, and yeah, that doesn't make sense here but you get the point so lay off my wife because I'd be sad if you messed around with her and I also really like her dog." 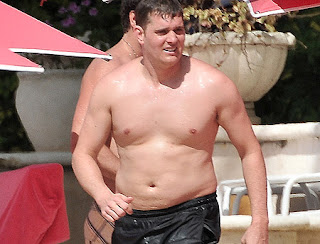 Awwww, poor Boobs. The rough part of being a celeb who's married to an Argentinian smokedog: sometimes people take pictures of you when you're taking a break from your trainer. I'm sorry Boobs, I shouldn't have posted this, BUT I'M HONESTLY AMAZED THAT YOU BAGGED LULU IN THE FIRST PLACE!! ... SHOULDN'T SHE BE WAKING UP IN THE MORNING WITH AN ARGENTINIAN STUD? ... LIKE THIS GUY ... 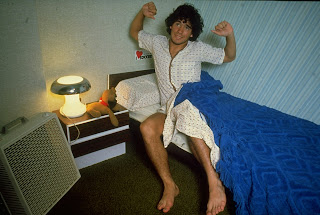 EVERYTHING ABOUT THIS PICTURE IS AMAZING. That lamp? That box fan? That stuffed dog and sticker on the wall that says "I LOVE SOCCER?!?!!?" How funny are impoverished South Americans! 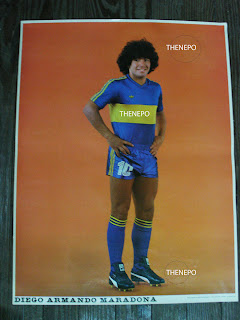 Searching for pictures of Diego Maradona was the best thing I've done all week. You can sort of see his dork in his shorts! I CANNOT imagine how many chicks #10 probably blasted in that bedroom of his, or on gondolas, or pianos, or right in front of some chick's husband. "Oh, y'know, just walking on a plank in between two houses with my Boca Juniors uniform on and a pair of slippers, and my giant dong, not that big of a deal."

Who's this week's Wednesday Wifey again?

Did you peep the new TVWWW header? Shout-out to the fabulous Gabulous. If you wanna see more of Gabulous' stuff, click here. Or CHECK OUT ALL THESE BLUEBERRIES.