﻿
﻿
It seems like everyone I know that went to Penn State has a 45-foot boner for their stupid alma mater. Between Joe Pa, curing cancer and that lame Dance-o-Rama, Penn State grads think their dumb school is the greatest thing since sliced butt. Now I'm not here to celebrate child molestation, but if anyone's assistant football coach was to be found fondling kids, I was pretty happy to hear it was Penn State's. I wanted to make Jerry Sandusky's wife this week's Wednesday Wifey, but I wasn't able to find any pics of her on the internet (I imagine she's a prude, which of course led to the whole molestation thing). So instead, let's take a look at Joe Pa's pride and joy, Mrs. No One Can Possibly Have Anything Negative To Say About Me Because I Give To Charity, Sue Paterno. 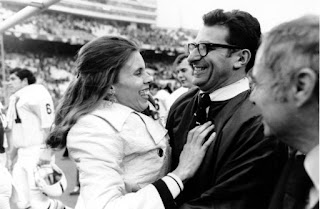 Here's the loving couple on the field at Beaver Stadium after a Penn State victory in 19 ought 6. Beaver Stade is probably the only thing I like about that stupid school. Great name. Great stadium. Great name. Not quite sure what that guy in the right-hand side of the frame is doing, but I'm pretty sure he's got cheek cancer. Look at that cheek! That's a lump, right? Maybe that's why they started Dance-O-Rama -- for that guy. Sue Pa doesn't really seem too concerned with that dude's tumor -- she's more interested in going for a ride in the back of Joe Pa's Model T. Also, #61 in the background totally has a boner.

I'm sorry, I really am. I don't intend to write this bullisht. It just comes out. I hate myself. I would like to try and write the rest of this post without talking about stuff like boners and getting rim jobs in the back of Joe Pa's car. I know, I know, that's friggin' impossible on TV Me Wurf Welches, but I'm gonna take it one paragraph at a time. Also, that dude definitely doesn't have a boner. I'd like to apologize to both him and his boner. 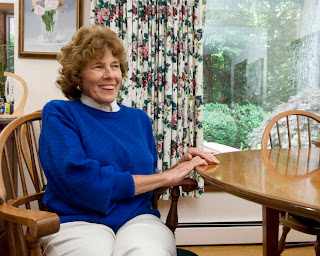 The thing is, I actually like Joe Pa. I mean, besides the whole "Heyyy, I have a child molester on my coaching staff, who wants soup?" persona. He's an old dude who wears Nike cleats with his shirt and tie and occassionally gets blasted on the sideline and breaks his kneecaps. And his glasses are amazing. That doesn't hide the fact that his wife has TERRIBLE taste in curtains. Flowers? Really? And a picture of a flower next to the curtains? C'mon Sue Pa.

I can't imagine how many doilies are laying around that house. "Joseph! JOSEPH! Do NOT put your cup of hot water and lemon down without a doily." Is that even what doilies are for? You'd think with the millions of dollars that they've donated to that dumb school, somebody would've donated their time to help her decorate that dining room. By the way, that's TWO paragraphs without mentioning sex once. Which is VERY hard to do when talking about doilies. 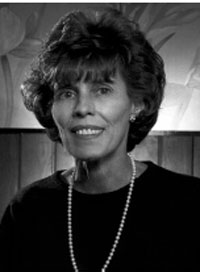 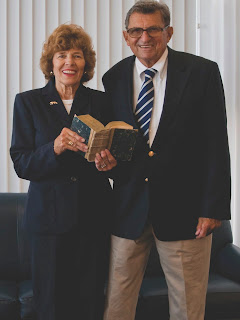 I mean, that's the oldest Bible in the world, right? That's like, the world's oldest Bible. Now I know why their house is decorated with dumb flowered curtains and dumb pictures of flowers -- they've wasted whatever else was left of their fortune on purchasing that antique book. You ever check out the section of the New York Times where people are selling old books like an original print of "Uncle Tom's Cabin" and the friggin Bible that Jesus actually read and stuff? My wife friggin' loves that section. Me, personally, I've never actually read a book, but I did set many on fire as a teenager. I wonder how many pearl necks the teenage Jesus gave Jewish broads back in the day. By the by, as much as Penn State folks love wearing those stupid Dance-o-Rama fleeces, that doesn't even compare to how much Jewish chicks love wearing pearl necks. And talking about how much they love summer camp. 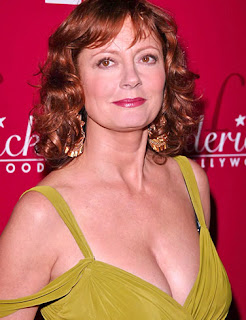 Look, I went almost a paragraph and a half without talking about pearl necks, and now that the floodgates are open, I might as well get back to TVMWW's bread and butter. I honestly don't even know what this blog is about anymore. I try to tell people it's a case-study about the sociological relationship between men and women examined through the lens of television, but JESUS CHRIST Susan Sarandon's got some whoppers. Is it amazing that I've abstained from cracking child molestation jokes, but have still poured it on with stupid pearl neck ones? Do you think Tim Robbins cries every night before he goes to sleep, or just most nights?

You know who this chick is? Any guesses?

I'll give you a second.

You have no idea.

That's Susan B. Fucking Anthony, that's who. Y'all ladies are getting all upset because I'm writing about pearl necks and not taking Sue Pa seriously, and you don't even know what the lady who's responsible for allowing you to vote, looks like! And did you even vote yesterday? I bet you didn't! So don't judge me and my boner-writing exploits, turn that mirror around on yourself and ask what kind of an American you are.

Also, how many doilies do you think that lady had in her collection of undergarments?

I DON'T EVEN KNOW WHAT THAT MEANS!


You see those little birdies in the top right hand corner of this blog blog? Click on those and you can follow me on Facebork and Twitter. So if you haven't done that, DO THAT.