Wednesday's Wifey: Katy Mixon aka April from Eastbound & Down


There are some women in this world who are totally bonkers and then there are other women who are double-bubble-bonkers. Katy Mixon surpasses both of these, she's triple-ripple-bonks, and that's like the ultimate bonkers, one step below major-butternut-squash-bonkers, which is obviously the most bonk-bonkers.

So this week, after HBO announced that Eastbound and Down's third season will debut on Sunday, February 19 at 10pm, followed by Ricky Gervais's new show Life's Too Short at 10:30, Mrs. Triple-ripple-bonks is Wednesday's Wifey. 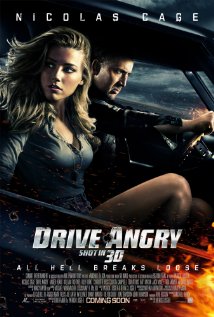 Bet ya didn't know Ms. Mixon was doing stuff outside of Eastbound and Down, did ya? Yep, she starred alongside Nic Cage in this 3D thriller Drive Angry (which for some dumb reason I never saw, but I did watch Pretty Woman with my wife this weekend for the four glousandth time). And in doing my research, I'm not even sure if that's her in the poster, it could be Amber Heard who's also in the movie and is apparently a person. How fucking locked-in is Nic Cage in that picture though? That guy could drive a car through a whale. I'm renting Drive Angry this weekend. 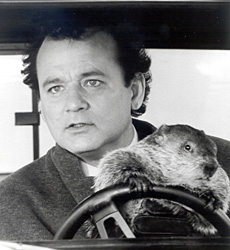 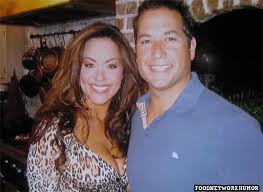 More research led me to find out that Katy (my wife's actual name by the by) is currently dating Paula Deen's son, Bobby Deen, who is not nearly as fat as you would think Paula's son should be. The couple seem happy together (which is nice) and it's wonderful that she was able to find a man whose chest is almost as broad as hers. Also, I mean, listen, I know I talk about boobs A LOT, but hers? C'mon now. They're no joke! How did it take her this long to be Wednesday's Wifey? If Comcast On Demand doesn't have Drive Angry available I'm gonna fucking kill a human.

Anddddddddd WOW. Look how dark Paula's Deen's husband's eyebrows are compared to his beard. I know, I know, this is the smallest picture ever and you can hardly see his brows, but you can still tell that they're SO dark. The Deens really look to have accepted Katy into their family, but what's with sticking her at the end of the photograph? I guess Dickhead Deen over there needed room to stick his hands in his pockets. 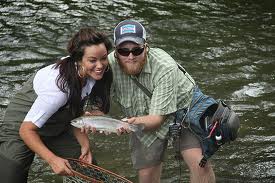 When you're dating a Neely, sometimes you have to go fishing with their gross friends. Very nice of Katy to pretend she's having a good time (she is an actress after all). Also, why is she TOTALLY DECKED OUT IN FISHING GEAR and he looks like he's dressed for a day of playing frisbee golf? "Hey Chucky, I think I found your disc over here! Oh no wait this is a fish." 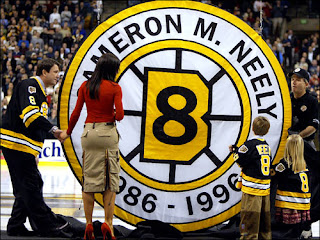 Cam Neely's jersey retirement ceremony in Boston -- and the back of Paulina Neely who seems to be by far the hottest Neely in the history of Neelys. I MEAN, C'MON FOLKS, THAT'S A NICE BACK-OF-A-PERSON. Although, that skirt is retarded -- is that a cargo? -- but those heels and caboose? Zowzers. Katy Mixon needs to step up her game! 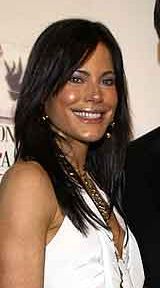 Ehhhh, nevermind, Paulina Neely's not quite as dope from the front. Don't get me wrong, this is a terribly grainy photograph that makes her look like she just shaved her 'stache, but she's still not on Katy's bonkers-level. 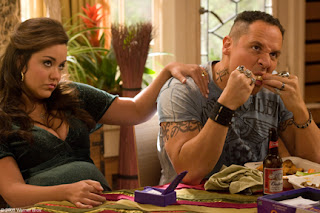 Let's get back to Katy, who also had a bit part in Four Christmases, which happens to be a much better movie than you'd think. She and Jon Favreau are actually very funny in it. This is the first paragraph I've ever written on TVMWW without a dumb joke ... ... ... ... ... ... ... frogballs. 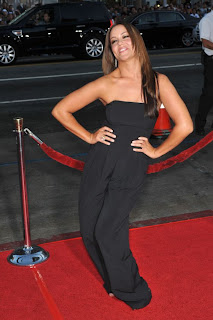 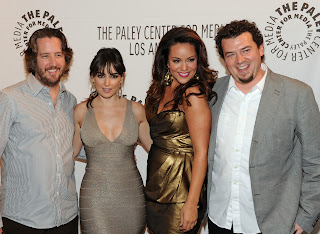 And this picture's fascinating. 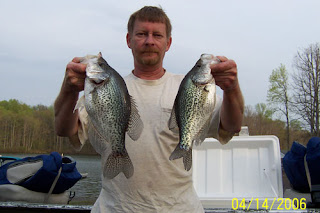 How locked-in is this guy?

Not satisfied? Try following TVMWW on Twitter instead. I recently vowed to "CALM THE FREAK DOWN" on Twitter after going bonkers the last couple of weeks. You can follow me here. Orrrrrrrrrrrrrrrrrrrrrr check out this picture of a place I'd love to go fishing.

Email ThisBlogThis!Share to TwitterShare to FacebookShare to Pinterest
Labels: Eastbound and Down, Wednesday's Wifey