My wife was NOT happy with the way that Beyonce announced her pregnancy -- making a spectacle at the MTV Awards Show and ending her performance by pointing at her baby bump uterus. It was as if she was saying, "Hey, look at me! I'm so important and now I'm giving birth to a super baby!" And even though I'm excited that she's having child that will never have to take public transportation (and I also acknowledge that her baby is better than me), it was still kind of obnoxious.

I mean, it's okay for her to be excited that she's pregnant! But I still reserve the right to make fun of her and some other pregnant celebrities in this week's edition of Wednesday's Wifey(s). 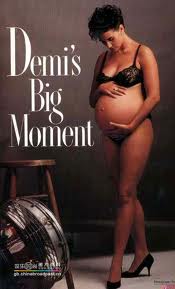 Demi Moore kind of started the whole "Heyyyy, I'm not only pregnant, but I'm also completely hairless" thing, didn't she? And I gotta say, very nice of the good people at Vanity Fair's photo shoot to set up that hyper-bonic fan. I imagine that pregnant ladies' boobs can get VERY warm. My wife's boobs sometimes get ridiculously warm and she's not even pregnant. I know this because she practically snorts her birth control pills and I am very very impotent. 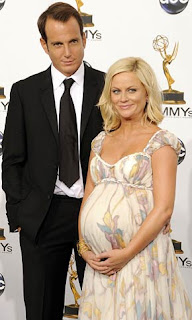 Ahhh, see Amy Poehler I'm okay with. She's not flaunting it, not wearing a shirt with an arrow pointing at her vaj that says "Future Mets Fan!", just a funny lady with a funny husband with a funny haircut. I imagine her pregnancy was filled with loads and loads of vagina jokes. Very happy that she and Job were able to procreate. I'd be even happier if they woulda filmed it ... SHE LOOKS KINDA HOT HERE, RIGHT?! ... REESE WITHERSPOON'Y? 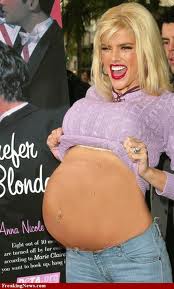 Okay Anna Nicole Smith, that's an interesting move. And how small is that sweater anyway? Did she even have to pull it up to show off her oddly tanned (and really smooth!) belly? For the record, I actually find Anna Nicole Smith to be very very attractive (and possibly even more attractive when she was on various horse tranquilizers).

Hold on, didn't she die from taking horse pills or something? If so, I apologize to the entire Smith family .... (She can't possibly have any family members -- I think I'm in the clear.) 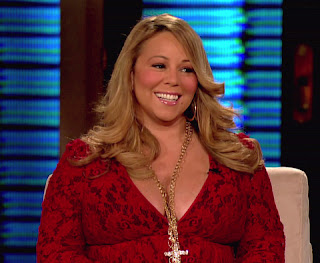 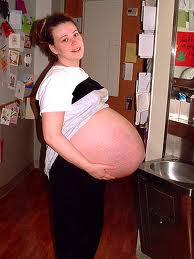 Holy Jesus! You can't ever get used to this pic. Is Kate's belly resting on the sink? It totally is, isn't it? ... "Oh hey Doc, yeah, hope you don't mind while I rest my SIX UNBORN CHILDREN ON YOUR SINK. Also, Jon, can you snap that friggin' picture already?!" ... I mean, the corner of the sink is definitely poking into little Aiden's fetus. Why am I suddenly hungry for bologna?