And just like that, The Bachelor is down to only six single ladies, one of whom (Chantal) has officially declared her love for Brad and another (Emily) has officially shown off a ridiculous rack. Where did that come from?!?! I mean, I was totally aware that Emily had some breastasists, but her yammers totally snuck up on me last night. She seems to get more and more bonkers every episode. Next week, I'm fully expecting her to reveal that she's also an office manager at Sterling Cooper and endorses Skechers Shape-ups.

The wife and I watched last night's episode with our friend Aubre and our next-door-neighbors, Bridget and Dan. Bridget is probably the nicest human being of all time; the type of person who offers to take your coat and returns seconds later with a plate full of brownies. Dan currently has dreadlocks and happens to be the type of dude who can totally assemble a coat rack. Our coat rack on the other hand always comes crashing to the floor because I didn't secure it well enough to the wall and our guests insist on wearing THE HEAVIEST COATS EVER. This was Dan's first time watching The Bach, which led him to inquire about proper Bachelor etiquette. Could he ask questions? Could he pause the television? Could he PLEASE come over and reattach our coat rack?!?! ... There's honestly nails everywhere!

We decided that questions are better left until commercial breaks, unless you NEEDED an answer IMMEDIATELY (totally understandable), at which time pausing was acceptable.


It's also always interesting to watch The Bach with a first timer because inevitably a few things will occur:

1. There's always a moment where a Bachelor first-timer will stop paying attention to the show and look around the room at every other person watching and wonder, "How the hell are they so invested in this show? Look at them, they're ALL watching, and SO intently. I could seriously light myself on fire right now and no one would notice. Look at that lady, she's actually mumbling to herself. Who is that lady and what is she doing in my living room? And why am I drinking Fresca?"

2. A first-timer will also always laugh out loud during a moment that is intended to be VERY serious. Veteran Bachelor viewers are conditioned to no longer think this is funny. These moments often occur during a monologue or mental breakdown. Last night, Dan cracked up when Brad revealed that he needed an extra day to consider who he would give a rose to and "needed to follow his heart."

3. At some point of the show, a first timer will need to excuse him or herself from the room to regroup. I did this for the first three years of my Bachelor viewing, but have since embraced it and am now happier in life than I've ever been.


Onto the show, where we (and loyal reader Rachel Co) quickly noticed that the ages are back! Now we can say things like, "Well of course she's acting like that! She's only 24 and still hasn't mastered the ancient art of the over-the-blanket hand-job!"

Chantal's one-on-one date with Brad was pretty much a snoozefest until their picnic was rained out and Chantal was forced to change out of her wet clothes and into nothing but Brad's shirt (instantly helping out dry cleaning businesses across the country this Tuesday morning). I gotta say though, I didn't think she looked THAT hot. I mean, she looked hot, don't get me wrong, but he should've given her a smaller, more revealing shirt, maybe one of Chris Harrison's.

Quick detour to discuss dry cleaning. Is it me, or are Koreans who own dry cleaning businesses THE NICEST people in the world? My Korean dry cleaning guy is ALWAYS in a good mood and will seriously cater to my every need. I'll drop off some pants on a Tuesday and he'll be like, "All right, Friday afternoon okay?" And I'll say, "Ehhhhh, I was actually hoping to have them in twenty minutes." And he'll respond, "Hmmm, twenty minutes, that's tough, can you give me twenty-five minutes?" and I'll be like, "Fine! But you better get that damn Fresca stain out!"

And another detour regarding picnics. The Bachelor LOVES picnics, loves dining on little blankets in the middle of a meadow or rainforest. When I think of The Bach, I think of him doing one of three things: 1. sticking his tongue down a chick's throat. 2. staring down at a little limp rose before making his decision. 3. unfolding a blanket to sit on. Now I've probably been on three picnics in my life and have never had a good time. You're always sitting at some really strange angle, have to keep one hand on your beverage so that it doesn't spill and there's always bugs everywhere trying to eat your food and/or neck. The only place worse to sit and relax is Applebee's. That place is terrible.


Moving on to the grouper (also uneventful) except for the fact that we finally got to see what Brad's tattoo says above that GIANT cross on his back. It says, "PROSAPIA" which is Latin for "family." Michelle also mentioned that "seeing Brad with his shirt off makes a woman want to just go home and _____ herself."  Now, we rewound this scene around three times and couldn't decipher whether or not Michelle said, "touch" or "eff." My wife definitely thought she said "touch" while I was totally totally totally convinced that she said "eff."

And I gotta admit, I GOTTA ADMIT, that I too think Michelle is sort of funny. I don't like her! I certainly don't wanna date her! And I think she's an absolute lunatic, but I do think that she (sort-of) has a decent sense of humor.

Clearly, Brad didn't think Alli had too much going on as he dropped her after their one-on-one date. And was it me, or were they dining on a lilypad in the Degobah System?

The Degobah system is Yoda's home planet and I realize that having to explain that joke combined with the fact that I actually know where Yoda lives takes my dork-factor to a whole new level, but for the three dorks out there who actually got that joke, I hope you enjoyed it.

The final 45 included Michelle's unsuccessful pop-in and later led to this wonderful exchange from Chantal and Michelle after Brad told Boozer's ex that he did not appreciate her making decisions for him. Asking about their one-on-one time, Chantal asked:

It went great! I just so happened to be CRYING, the natural human reaction to SADNESS, but it went great!

So now that we're down to six lucky ladies, let's break down the final sextet. I've split them up into three tiers:

1. No Shot
2. After Jake Picked Vienna, Anything is Possible
and
3. The Ladies Who May or May Not Get Proposed To On The Final Ep, But Still Have No Shot Of Having a Sustained Relationship With This Dude. 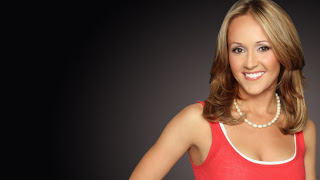 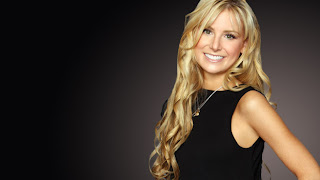 #5 - Britt
positives: Doesn't say much; totally shoved her tongue down Brad's throat at one point showing she knows how to play ball.
negatives: Horrific sense of style and only got this far because of that one tongue-shoving a few weeks ago.

After Jake Picked Vienna, Anything is Possible 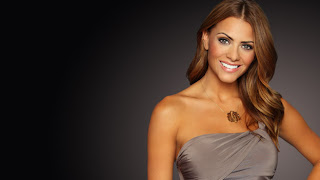 #4 - Michelle
positives: Sort of funny; ripping slut.
negatives: Completely out of her mind; possibly has AIDS. 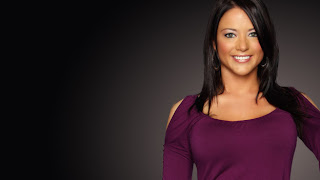 #3 - Chantal O
positives: Absolutely ridiculous rack; probably knows how to please a man.
negatives: Told a guy she met on a reality show that she LOVED him after two dates; His response? "Thank you."

The Ladies Who May or May Not Get Proposed To On The Final Ep, But Still Have No Shot Of Having a Sustained Relationship With This Dude. 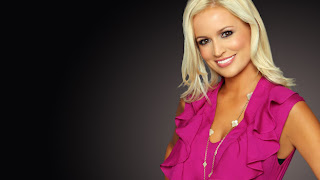 #2 - Emily
positives: Stunningly beautiful, kind and sweet; has breasts that any insomniac could fall asleep between in a matter of seconds.
negatives: Absolutely none (besides the fact that she carries about as much emotional baggage as any human being could possibly carry). 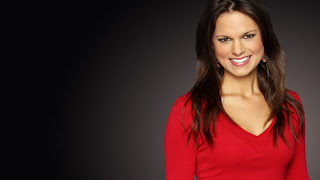 #1 - Shawntel
positives: Pretty, relaxed funeral director who seems somewhat interesting both in and out of the bedroom.
negatives: Not quite as pretty or relaxed as Emily; introducing people to your wife, "Shawntel" is kind of absurd.

All in all, I think everyone in this world is pulling for Emily, but I'm just not sure she's ready. Chantal on the other hand is more ready than any woman I've ever seen in my life.

CHANTAL IS SERIOUSLY SO READY!

HAVE YOU EVER SEEN A MORE READY PERSON?

I WENT TO COLLEGE WITH A BUNCH OF REALLY REALLY READY GIRLS WHO WERE SOOO READY AND EVEN THEY WEREN'T AS READY AS CHANTAL!

Can't wait for next week and to once again see Chris Harrison and his signature "glass tap" when it's time for the rose ceremony. He does it so effortlessly! And he brings his own knife to clang with!

Email ThisBlogThis!Share to TwitterShare to FacebookShare to Pinterest
Labels: The Bachelor, The Bachelor: Brad