ESPN 30 for 30: Chris Evert is Still Hot and I Still Have a Foot Fetish


ESPN's remake of Steel Magnolias is slightly different than the original in that the latest 30 for 30 is all about the rivalry and friendship of smokedog Chris Evert and the left-handed Martina Navratilova. It is certainly not the best film in the series (my rankings below), but is worth watching as a tennis fan or a man who may or may not have a foot fetish.

I say this because the entire film is just Chrissy and Martina sitting and chatting about old times, while relaxing in the living room of a home you'd expect Ina Garten to live in. It's cozy and warm, just like the film, and Chrissy spends most of her time barefoot, which kept my filthy attention for an hour. 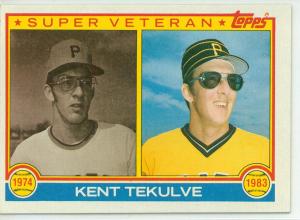 Highlights include Chrissy just being beautiful as well as some great stories and still photos of Martina's days back in Czechoslovakia. There is footage of 16 year old Martina's debut, the days when she wore Kent Tekulve's glasses and SNL skits from the 80's when Chrissy hosted. Unfortunately there is no mention of Jim Rome's spat with Jim Everett (check that, "Chris" Everett ... youtube clip below).

The film was produced by Hannah Storm who I can't help but be very attracted to these days. In all sincerity, there are very few women who I am not attracted to, but Martina Navratilova happens to be one of them.

Sorry Martina. If it's any consolation, I was never really into Steffi Graf either.